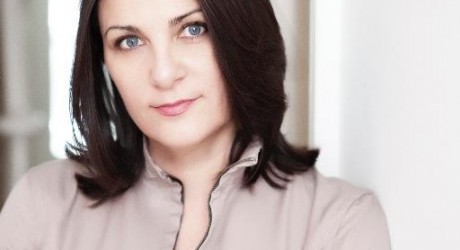 YOUNG Brits going abroad are ignoring the dangers that getting drunk can cause, according to a leading alcohol reduction expert.

Says Georgia Foster, more Brits are now heading abroad and taking part in excessive drinking, which could result in serious injury or death through accidents, fights and also results in STD’s through having sex with strangers with no protection.

Foster – a leading alcohol reduction expert, as seen on TV – is warning that young Brits going abroad are not taking the message of how dangerous excessive drinking can be.

She adds that more than half of young holidaymakers who go abroad are drinking more, while on holiday, in one night than they would back home in the UK. The rise in people having a serious or fatal accident while drunk has increased, she claims.

When a young person has got drunk, they are more likely to be involved in a fight than they would be if they were sober, according to Georgia Foster.

A person who is drunk is also leaving themselves open to criminals who could take advantage of them and mug them or attack them as an easy target. Even after all these years of campaigning about safe sex, a young person while on holiday abroad and drunk will forget about the dangers and have sex with a stranger with no protection, which could result in STDs.

Georgia Foster has also warned about the damage to a young person’s health if they go on holiday and get drunk each night.

She said: “Young people want to go abroad and have a good time, but they should also be aware of how dangerous excessive drinking can be and how they should drink in moderation.

“There has been a number of deaths through people drinking more than they should, and we need to educate those young people about the dangers.”

Georgia Foster would like travel agents and the government to come together and launch a new campaign during the summer to warn young people of the dangers of drinking too much while abroad.

The alcohol reduction expert continued: “Young drinking culture is due to social acceptance and pressure. Binge drinking is seen as funny and cool to have a hangover. It’s actually a competitive game for them. Excessive drinking is also about wanting to be liked and accepted and to belong.”

Georgia also explained that a person who drinks too much on holiday might find it hard to cut back once they get home and could even find themselves becoming addicted to alcohol. The health dangers of alcohol abuse have been well documented, but it doesn’t seem to get through to the younger generation.

She added: “Alcohol abuse has serious health and social consequences. Alcohol abuse is an unhealthy pattern of consistent excessive drinking that can lead to alcoholism.  Alcoholism is a regular dependence on alcohol and is significantly more serious than alcohol abuse because it is chronic, progressive and potentially fatal.”

Alcohol abuse and alcoholism both have serious negative effects on men’s health including:

* Creating a higher probability of serious injury or death while drinking;

* Increasing the risk of cancer of the mouth, throat, liver and colon; and

* Increasing the possibility of impotence and infertility.

* Drinking excessive amounts of alcohol frequently above the recommended limit of four units of alcohol;

* Drinking excessive amounts of alcohol frequently above the recommended limit of four units of alcohol;

* Interpersonal difficulties with family, friends or co-workers; and

Symptoms of alcoholism include:

* Having cravings or a strong need or urge to drink;

* Loss of control being unable to stop drinking once started;

* Physical dependence exhibited by withdrawal symptoms such as nausea, sweating, shakiness and anxiety once stopped drinking; and

Men who drink regularly and are not in the state of health and wellness they want to be should assess their drinking habits and evaluate their situation.

If they are unable to do this by themselves, they should seek professional help.

The leading alcohol reduction expert who helps people all over the world to drink less alcohol has launched an online programme to help people achieve their aims of reducing their alcohol intake.

The 7 Days To Drink Less programme has achieved worldwide recognition for the positive results it has achieved, and now Georgia Foster is allowing people to try the programme for free for one day.

The programme has gained worldwide media attention and comes with a 60-day moneyback guarantee.

* Over 14 hours of life-changing material, to listen to when suits, throughout seven unforgettable days;

* Fully downloadable audio you can listen to anywhere;

* A healthier, happier you, that sleeps better and drinks significantly less;

* Save money on unwanted alcohol and expensive therapy;

* Risk-free purchase, with our 60-day 100 per cent money-back guarantee;

Georgia Foster’s revolutionary hypnotherapy has changed tens of thousands of lives all over the world. Her easy-to-follow, amazing strategies are specifically designed to shift your thinking and replace old habits with powerful, positive new ones.

MEDIA RELEASE issued by In2town Public Relations. You too can share your stories (aka press or media releases), on allmediascotland.com. Email here for more information.