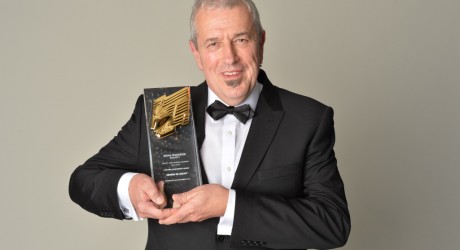 The awards celebrate excellence in broadcast television and aim to recognise the huge variety of skills and processes involved in programme production.

The 2016 awards will see the extension of the Director’s category.

Due to the large number of entries received last year, this category will now recognise achievement in three sections: comedy drama/comedy situation, drama and documentary/factual and non-drama productions.

Awards will also be given in the following areas: design, make up design, costume design, production design, effects, photography, lighting and multicamera, sound, editing and music.

In addition, there are three awards given at the discretion of the judges: Design & Craft Innovation, Judges’ and Lifetime Achievement Awards.

Cheryl Taylor, chair of the RTS Craft & Design Awards and controller of CBBC, says: “These awards play a vital role in recognising the extraordinary breadth of talent and depth of expertise we have in all areas of production. They are a glowing testimony to Britain’s leading force in the creative content industry.”

All entries must be submitted using the RTS online awards entry system https://awardsentry.rts.org.uk/entrant/index.php by Friday, 2 September 2016.

All entries must have been first transmitted between 1 September 2015 and 31 August 2016 and may be submitted by companies or individuals. The awards will be presented on Monday 28 November 2016 at the London Hilton, Park Lane.

Make up design – recognises achievement in all areas of makeup, including hair styling and wigs, in two categories: drama and entertainment and non-drama productions.

Photography – recognises achievement in location based single camera work in two categories: drama and comedy, and documentary/factual and non-drama productions.

Sound – recognises achievement in two categories: drama and entertainment and non-drama productions. These awards recognise the whole sound team and both recording supervisor and mixing supervisor should be named on the entry form.

Music – recognises achievement in two categories: original title music and original score. The titles or score must be specially commissioned for a specific programme.