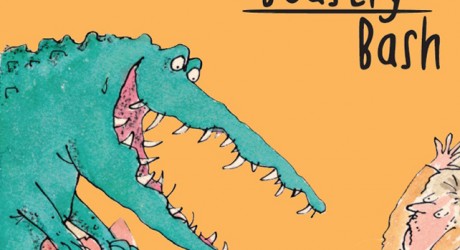 “We are the music makers… we are the dreamers of dreams.”

MISCHIEF makers, Owen and Olly, have teamed up with their filthsome friends from the RSNO for a hornswoggling Halloween concert that will fill you with marvellous, musical medicine.

This phizz-whizzing adventure will take a tour through the beasts of music and story, featuring a live staging of the Revolting Rhymes’ The Three Little Pigs (returning after sell-out shows earlier this year), some home-grown mythical monsters, and a performance from the RSNO Junior Chorus that will take you on a journey of pure imagination…

The concerts will see Holly Mathieson make her RSNO (and costume!) debut, since her appointment as its new assistant conductor this summer.

Part of the international celebrations for Dahl’s centenary, the orchestra will be joined by a host of his iconic characters, test the instrumental properties of the haggis, and serve a cake big enough even for the BFG!

Says Children’s Classic Concerts artistic director/presenter, Oliver Cox: “It’s such a pleasure to present a concert based around the stories of Roald Dahl.

“He was absolutely my favourite author as a kid, and I’m particularly excited to be narrating The Three Little Pigs again. Not only is it a great composition, but it really brings one of Dahl’s quirky, twisty takes on an old favourite to life!

“We’re also looking forward to working with Holly Mathieson for the first time, the RSNO’s new assistant conductor. She will be the first female conductor we have worked with here at CCC – so that’s obviously fantastic! We have had a brilliant relationship with each of Holly’s predecessors, and are excited to have her take up the baton.”

Adds RSNO assistant conductor, Holly Mathieson: “I’m delighted my first outing with the orchestra will be such a fun programme, in a room full of young people, and I can’t wait to meet Owen and Olly – such wonderful local identities and ambassadors for music education.

“These are some of the most fun programmes I get to do, and I’ve already asked if I’m allowed to wear a costume!”

Children’s Classic Concerts artistic director/presenter, Owen Gunnell, continued: “We’ve got a great game of musical statues planned to the Waltz from Masquerade by Khachaturian, which will have everyone up on the feet and dancing.

“I’m excited about the wide range of music that our programme with the fantastic RSNO includes: from the perfectly spooky Night on a Bald Mountain by Mussorgsky to musical representations of The Porcupine from Roald Dahl’s Dirty Beasts and our very own Tartan Terrors.

“A fun and accessible intro to the orchestra for children – both young and old!”

“Life is more fun if you play games…”

One member of our audience will find themselves with a very special Golden Ticket this Halloween – admitting them to an all-they-can-grab trolley dash around the treasure trove that is the A1 Toy Store. Come dressed as your favourite Dahl character, or concoct your own frightsome fiend – the most creative creature will be crowned our winner!

A perfect introduction to classical music for children aged four to 12 and their families, our concerts encourage active audience participation and sing-a-longs, with presenters, Owen and Olly, educating through performance, in a fun and informal atmosphere.