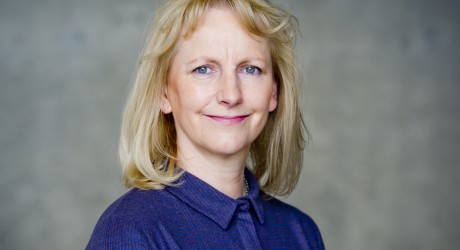 ONE of the country’s most experienced broadcast executives, Donalda Mackinnon, has been appointed to BBC Scotland’s top post.

Donalda, who is currently head of Programmes and Services for BBC Scotland, will become BBC Scotland’s first female leader and will take up her new role with immediate effect.

Taking over the reins from Ken MacQuarrie, who was recently appointed the BBC’s director, Nations and Regions, Donalda will become the senior editorial figure with responsibility for BBC Scotland content across radio, television and online.

Donalda MacKinnon, director of BBC Scotland, said:  “Being part of the huge team effort that brings so many different programmes to all our audiences is a real privilege and I’m delighted to have the opportunity to help shape that even more in the future.

“The new Charter offers great opportunities – and a few challenges – as we aim to make great content that reflects Scotland’s diversity and distinctiveness for audiences here, across the UK and the world.

“I know there’s a wealth of talent and creativity in BBC Scotland, in the wider sector and in partner organisations. Working brilliantly together, I’m confident we can make compelling and enthralling programmes that entertain and inform all of our audiences.”

In her new role, Donalda will set the editorial priorities and strategies for Scotland in line with wider BBC strategy, leading teams of commissioning and production heads in BBC Scotland, the award-winning BBC Scottish Symphony Orchestra and all the other teams that support content creation.

Tony Hall, BBC director general, said he is confident BBC Scotland will continue to thrive under her leadership: “I’m delighted that Donalda is going to take up this role.

“In her current job she has been responsible for the teams producing hits like Still Game, Fair Isle and Highlands – Scotland’s Wild Heart. I’m confident that BBC Scotland will continue its creative success under her leadership and will get even better at representing life in Scotland.”

Ken MacQuarrie, BBC director of Nations and Regions, also welcomed her appointment: “Donalda has an excellent track record in bringing a wide range of engaging programmes to our audiences and I know she’ll continue to work with the BBC Scotland staff and the independent production community to build on that.

“She’s hugely respected throughout the creative sector and I know BBC Scotland will be in very good hands.”

As part of her current role, she has overseen partnerships and external relationships on behalf of the BBC in Scotland and is sponsor of the BBC’s presence at the Edinburgh Festivals.

She is a former head of Children’s and Gaelic services in BBC Scotland.

A graduate of the University of Edinburgh, she completed a post-graduate diploma and began her career as a teacher before joining the BBC.

Working across TV, radio and online, she was responsible for helping to bring some of the highest achieving audience rating shows to our screens including Mrs Brown’s Boys, Still Game, Two Doors Down, Highlands – Scotland’s Wild Heart, Scotland’s Game, Trust me I’m a Doctor, The Story of Scottish Art, River City, Shetland, Catch Me if You Can and the multi-award winning Katie Morag.

She has also been a passionate advocate of radio services in English and Gaelic, is proud of the development of digital services and regards learning and education as central to the BBC’s mission.

The addition of BBC ALBA to Scotland’s portfolio was a significant achievement and news and sport services will continue to be a central plank in BBC Scotland’s offering.

Network output across platforms has grown and flourished and she takes great pride in the work that Scotland facing network commissioners have brought about.

She is a trustee on the board of BBC Children in Need, a board member of the Royal Television Society, Scotland, a BAFTA member and also sits on the Skills Development Scotland, Apprenticeship Advisory Board.

She is married and has a daughter and twin sons.

MEDIA RELEASE issued by BBC Scotland. You too can share your stories (aka press or media releases), on allmediascotland.com. Email here for more information.