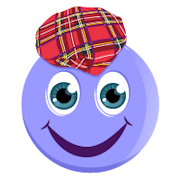 A NEW set of emoji stickers is being launched today – to help people in the workplace articulate how they are truly feeling as they move through the ‘January blues’.

The campaign wants to see ‘mental health First Aid training’ as a mandatory part of workplace health and safety.

And the new emojis created as a simple communication tool to help people in the workplace express quite how they are feeling.

Begins a spokesperson: “Poor mental health and well-being is one of the biggest public health challenges facing society and the leading cause of sickness absence in the workplace.

“The Labour Force Survey recently revealed 11.7 million working days were lost across the UK to stress, anxiety, and depression in 2015/16.

“Official statistics also show the suicide rate increased between 2009 and 2014, accounting for 4,500 deaths across Scotland.

“Among those people of working age, 71 per cent were in employment.”

Catherine Eadie, founding director of MHScot, said: “We recognise the urgent need to give people a means of communicating how they are really feeling and where it might be difficult for them to raise the issue or communicate their depth of feeling – a simple emoji in a text to a trusted person can be a signpost that they may not be feeling that great and a chance for a mental health first aider to step in.

“We see the use of our ‘shades of blue’ emojis as forming a part of ‘mental health First Aid training’ and would welcome a push to place it on a par with First Aid as a vital HR skillset through fully-accredited training.

“Changes in behaviour and looks, what employees don’t do that they would normally, can be an early warning things are not quite right and a chance for early intervention.”

Catherine, of MHScot, added: “Mental health issues in the workplace affects a wide spread of employees across many sectors.

“It is not isolated to any one social demographic and affects people at all ages and stages of their career and employment. The workplace is a real opportunity to spot employees are in difficulty – especially as so many people live alone and can be very isolated at night.

“We do not want to set up an expectation that the mental health first aider will be able to sort the issues involved but will be a first call approach to ensure the right resources are called in.

“Government attention has come at a crucial time and we need to build on this momentum with a concerted campaign rolling out over the coming weeks.

“And we will be campaigning to raise awareness with the appropriate channels – both practical and political to make this a reality.

Scottish Liberal Democrat health spokesperson, Mr Cole-Hamilton, MSP, said: “I would like to congratulate Catherine and MH Scot on this innovative campaign to get people talking about their mental health.

“We know that there’s a lot to be done to tackle the stigma that still surrounds mental health. The introduction of a mental health First Aider in the workplace would go a long way to helping those struggling with stress or anxiety, and would give those struggling to communicate their feelings a more comfortable environment to do so.”

The aims of a Scottish mental health First Aider:

Shades of blue Emojis can be downloaded from the MHScot website: http://www.mhscot-consultancy.co.uk also from Imoji-app under ‘shades of blue’ on iTunes and Google.

Shades of blue emojis are as follows:

References: ISD/NHS Scotland/National Services Scotland. A profile of deaths by suicide in Scotland 2009-2014 .

* ISD Statistics have highlighted a growing trend between 2009 and 2014 with nearly 4,500 individuals who died from suicide in Scotland, equivalent to 15 suicides for every 100,000 people per year.

Increased attention of preventative measures and support in the workplace have come to the fore with the recent early day motion 505 with the backing of 28 MPs and multi-agency interest in mental health First Aid.

New figures have shown a loss of £105 billion annually due to workplace illness and it is believed that addressing mental health more effectively in order to help recovery must be a key public policy objective.

MHScot Workplace Wellbeing CIC is a Community Interest Company; one of man​y types of Social Enterprise legal structures. It is a CIC by Shares, with an asset lock and a clause on non-distribution of dividends.

They decided to become a Social Enterprise so that they could re-invest their profits in order to support, help, advise, inform, guide, educate, improve, enlighten, promote, develop and enhance workplace environments.

Also, to be financially independent and not rely on funding.

Running once a month throughout 2017 (for a minimum of eight people per course): https://www.mhscot-consultancy.co.uk/scotlands-mental-health-first-aid.html

This is a two-day course, with the first date on the 24th Jan, the second day is on the 31st Jan.

MEDIA RELEASE issued by Interwoven PR. You too can share your stories (aka press or media releases), on allmediascotland.com. Email here for more information.