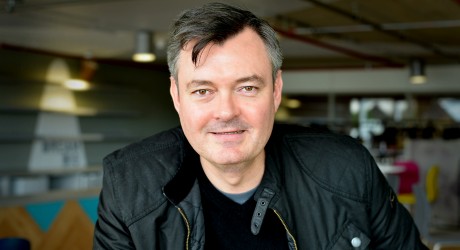 GRANT Stott, a well-known voice and face and on radio and television in Scotland, is joining BBC Radio Scotland to present new shows later this year.Grant, who has also been carving out a new career on stage in various comedy theatre productions and with his own one-man show, will be presenting a variety of comedy and music programmes for the station.

Among them will be Stop the Press, a comedy quiz programme that will run when the satirical panel show, Breaking the News, takes a break in the summer. Grant will also present a new music show that will air on Sunday afternoons in the summer.

Jeff Zycinski, head of Radio, BBC Scotland, said: “Grant has a terrific track record as a broadcaster who builds a strong connection with his audiences.

“I’m delighted to welcome him on board to present the new shows we’ll be launching this summer. Grant will be a strong addition to our line-up of presenters.”

Grant’s recruitment to the station’s presenting team marks a return to BBC Scotland following several years in the commercial sector on radio and television.

For three years, Grant presented the BBC children’s programme, Fully Booked, from Glasgow, and he has also presented several sports and entertainment programmes on STV.

Earlier this year, he announced he was stepping back from presenting his long-running afternoon show on Radio Forth where he had worked for 27 years.

Grant said: “I’m thrilled – and a little bit stunned – to be joining the BBC and the team at Radio Scotland. The variety and range of the programmes I’m going to be working on is really exciting and I can’t wait to get started on this next chapter in my radio career.”

Stop the Press is a Dabster Production programme for BBC Radio Scotland.

ENDSMEDIA RELEASE issued by BBC Scotland. You too can share your stories (aka press or media releases), on this site. Email here for more information.