Media Release: Scotland helping to lead the way on self-build 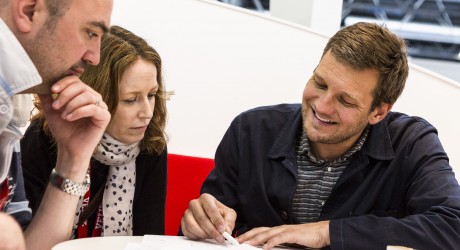 THE organisers of The Scottish Homebuilding & Renovating show – which is back at the SEC, Glasgow in May – has released figures which show that Scotland is helping lead the way in the UK for self-build.

Say the organisers: “The number of planning permissions for single new homes (custom and self-build homes) grew 28 per cent between 2015 and 2016 while the number of permissions for first time conversions of barns and other redundant buildings also increased by six per cent.

“Overall 1,455 individual permissions were granted for custom and self build homes in 2016, representing around nine per cent of new homes, above the average for the UK of seven per cent.*”

Says the latest Housing Statistics for Scotland Quarterly Update – published by Scottish Government, here: “There were 4,322 new build homes started between July and September 2016; three per cent more than the same quarter in 2015. This brings the total for the year to end September 2016 to 16,870, which is down by five per cent (880 homes) compared to the 17,750 homes started in the previous year.”

Commenting, Michael Holmes – one of the experts speaking at The Scottish Homebuilding & Renovating Show – says: “The volume house builders may be starting fewer homes in Scotland due to concerns about the future of the housing market, post-Brexit, but those building for lifestyle rather than profit – i.e. people build a home for themselves to live in – are growing in numbers.

“However, Scotland’s figures are well below the level in Northern Ireland of 23 per cent, and for other developed economies where new homes commissioned by those who will live in the property average 30 per cent of all new homes.

“The National Custom and Self Build Association is campaigning in Scotland to get a commitment from the Scottish Government to support those who want to build their own home by making it easier to get planning permission, and by using surplus public land to create serviced plots – something which Glasgow City Council is among those leading the way with.

“Other initiatives that could be adopted elsewhere include the Highland Self Build Loan Fund which helps people to build a home and the lowland crofting scheme in West Lothian.”

Michael Holmes will be one of the experts providing free expert advice at The Scottish Homebuilding & Renovating Show, when it returns to SEC, Glasgow on 20 – 21 May.

The show is acknowledged as Scotland’s largest consumer exhibition for self-builders, home renovators and improvers and will be brimming with bright ideas and free advice.

* Data sourced from public records of planning application decisions across all local authorities in the UK https://www.homebuilding.co.uk/request-planning-leads/.

Data includes all single new build planning decisions, and the first time conversion of buildings to form a single dwelling (e.g. a barn).