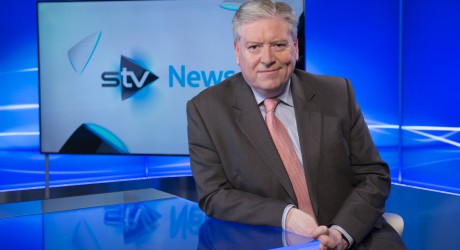 STV has confirmed details of a live TV debate with the leaders of the four main political parties in Scotland ahead of the General Election in June.

The debate will be chaired by STV’s political editor, Bernard Ponsonby (pictured), and broadcast live from the Tramway theatre in Glasgow on Wednesday 24 May between 2030 and 2200, in front of an audience of 150 comprising a representative sample of the Scottish electorate.

Gordon Macmillan, STV’s head of news, said: “STV has a strong track record of delivering election debates for viewers in Scotland. This is an exciting time in Scottish and UK politics and we’ve rarely seen public political engagement so high.

“STV’s debate will give members of the audience an opportunity to put their questions to the leaders of the four main political parties and the leaders will also cross-examine each other. We hope viewers tune in for an engaging debate about the key political issues in Scotland today.”

The debate will be simulcast on STV2 and streamed live on the STV Player. It will also be available for catch-up shortly after.

STV Productions is one of the UK’s leading content businesses, with ambitious plans for domestic and international growth. The company has a record of success across a range of genres including drama, factual and entertainment, producing a wide range of programmes for a variety of networks, including entertainment showCatchphrase for ITV, ratings success Antiques Road Trip for BBC One, Safeword for ITV2 and documentaries such as Dunblane: Our Story for BBC2 and The Queen Mary: Greatest Ocean Liner, a documentary for BBC Scotland, BBC Four and Smithsonian Channel.