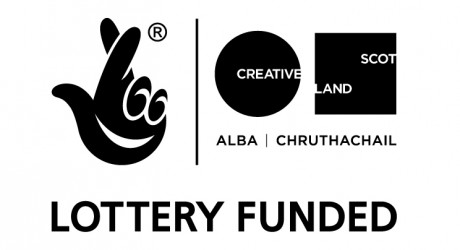 Among the multi-artform awards, Eilean Eisdeal, the Easdale island community development group, has received funding to support Easdale Island’s Community Hall Arts Programme 2017, which will deliver a diverse programme of creative events and improve access to arts provision to a rural island community and its visitors.

Skye-based dance hub, SkyeDance, has received funding to widen its provision and improve access to dance to groups including those with dementia, older people and those in hard to reach areas.

Sue Cooper, chair, SkyeDance, said: “SkyeDance is delighted to have received funding from Creative Scotland which will enable us to continue our provision of dance for all ages and abilities across Skye.”

Funding for Take One Action Film Festivals will go towards its 2017 tenth anniversary edition.

Cromarty and Resolis Film Society have received funding to support the 2017 and 2018 editions of the Cromarty Film Festival, 1-3 December 2017.

Writers including poet,  Chrys Salt MBE, writer and storyteller, Ian Stephen, and novelist, Cherise Saywell, have all received funding towards the research and development of new works. Writer and artist, Alasdair Gray, has received funding to create a new, fully-illustrated version of Dante’s masterpiece, Divina Commedia.

Comic Book creator, Edward Ross, has received funding to complete Gamish: A Graphic History of Gaming, a graphic non-fiction book that will explore the complex and increasingly important role that video games play in modern society.

Edward Ross said: “I’m absolutely honoured to receive funding from Creative Scotland for my next graphic novel, Gamish: A Graphic History of Gaming.

“The book will explore our fascination with video games, and the role they play in shaping the world we live in. Games are at crucial point in their history, finally regarded as an artform with huge potential to move and inspire us. My hope is that Gamish will help shine a light on this exciting artform, and give people more confidence to think critically about the games we play.”

Elsewhere among the music awards, Maryhill Burgh Halls Trust has received funding to create The Maryhill Songbook.  This project will involve collecting and making accessible the local heritage of the Maryhill area. The trust will work in partnership with Maryhill Heritage Choir to compose music inspired by historic poems in the Trust’s collection which relate to Maryhill.

Glasgow Repertory Company has received funding to stage These Headstrong Women as part of Glasgow’s Botanic Gardens’ 16th season of new productions of Shakespeare’s plays, Bard in the Botanics. This summer’s productions will place female characters at the heart of their stories, including both figures written as women and others cross-gendered to be female.

Stage designer, Becky Minto, has received an award made towards theatre to attend the World Stage Design Exhibition, 1-9 July 2017, where Minto’s design for The 306:Dawn for The National Theatre of Scotland has been selected for exhibition. The exhibition will take place at the Kuandu Museum of Fine Arts at the Taipei National University of the Arts in Taipei.

Glasgow-based visual artist Georgia Horgan has received funding to undertake a residency on the SOMA Summer programme. While visual artist Tessa Lynch‘s funding will enable her to develop and produce a new art work for a major solo exhibition, L-Shaped Room, at Spike Island, Bristol.

Funding to visual artist Kate V Robertson will support her research and development of ideas for a new body of artworks for a forthcoming solo exhibition at DCA, December 2017. During the project, Robertson will undertake a residency at Scottish Sculpture Workshop and receive tuition at Glasgow Print Studio.

Iain Munro, deputy CEO at Creative Scotland, said: “These projects reflect the strength and diversity of our creativity and the significant importance of the arts, screen and creative industries to communities across Scotland.

“From the YES Arts Festival in the borders, Lyth Arts Centre in Caithness and Easdale Island’s Community Hall Programme to SkyeDance’s new programme that will improve access to dance across Skye, we are delighted to have been able to fund such a range of practice throughout Scotland through Open Project Funding.

“While, as always, there are many more good applications than we have the funds to support, these latest awards do provide invaluable support to the successful applicants and we look forward to seeing their work develop as a result.”