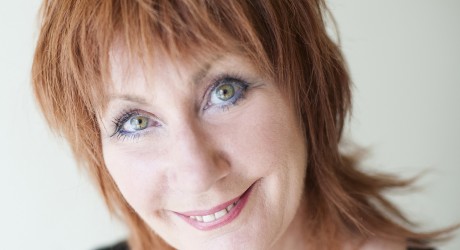 NORA Senior, executive chair, UK Regions and Ireland of global communications consultancy, Weber Shandwick, has been recognised with a Commander of the Order of the British Empire (CBE) in the Queen’s Birthday Honours List 2017.

The Honour has been awarded for services to British and Scottish businesses.

In addition to her role with Weber Shandwick, Nora held the voluntary post of president of the British Chambers of Commerce (BCC) between 2013 and July 2016 and the office of chair of Scottish Chambers (SCC) between January 2013 and April 2017.

She is the first woman to have held the honorary position in SCC in its history and the only person to have held the two national presidents’ offices simultaneously since the Chamber movement was formed over 300 years ago.

She says: “I am immensely proud and humbled. It is a huge honour to receive such recognition; a tremendous tribute to the Chamber Network who work tirelessly to promote business interests, great recognition for the important role communications has in driving business growth and success.

“I am very proud to have had the opportunity to contribute to and influence policy in key areas such as international trade, education and women in business.

“Weber Shandwick is an organisation which takes both its civic responsibilities very seriously and the development of its people.

“I am very grateful for their endorsement and support in carrying out the Chambers’ role.”

A former Businesswomen of the Year and a recipient of a First Woman of UK Media Award (2013), Nora has received a number of industry awards for communications and government relations programmes she has carried out for companies in the UK and internationally with Weber Shandwick, in markets such as China, India and South America.

As a passionate advocate for encouraging UK businesses to enter into export trade, Nora was instrumental in establishing closer partnership working between Chambers of Commerce, public service agencies and Scottish Government to create a new model of export service delivery and is now one of the founding members of Scottish Government’s new Board of Trade.

They act as ambassadors to champion the work of overseas Chambers and encourage companies to enter into exporting and new overseas markets.

Moray Macdonald, managing director of Weber Shandwick Scotland, said: “All of us at Weber Shandwick are delighted that Nora has been recognised for her huge contribution to business and the communications industry in particular.

“Nora led the professionalisation of public relations in Scotland and her work means that communication is now seen as a vital skillset round the board table.

“Nora has been an inspiring mentor for me and hundreds of public relations specialists across Scotland.

“As well as delivering cut through campaigns she has constantly promoted the value of PR to business and developed, trained and encouraged young people from all backgrounds to excel in whatever they do.

“I’m particularly proud that Nora continues to be a trailblazer and advocate for women in senior leadership roles.”

She is a regional adviser to London Stock Exchange and a Fellow of the Chartered Institute of Public Relations.

Weber Shandwick is a leading global communications and engagement firm in 79 cities across 34 countries with a network extending to 127 cities in 81 countries.

MEDIA RELEASE issued by Weber Shandwick Scotland. You too can share your stories (aka press or media releases), on this site. Email here for more information.