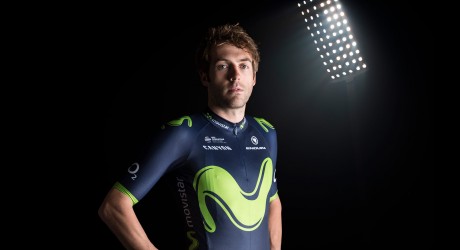 FOUR-time British National Time Trial champion, Alex Dowsett, will return to this year’s OVO Energy Tour of Britain, leading the Movistar Team in the eight-day race that gets underway in Edinburgh on Sunday 3 September.

Dowsett will start the race as one of the favourites thanks to the ten-mile/16-kilometre individual time trial on his home roads in Essex on Stage Five (Thursday 7 September), which takes place entirely within the Tendring district at Clacton-on-Sea.

Commenting on the news, Alex Dowsett said: “I’m very excited to be returning to the OVO Energy Tour of Britain again, this year’s route looks pretty good for me and unsurprisingly I’m very excited for a ten in Essex! Movistar will be a force to be reckoned with again this year, I’m sure.”

The 28 year-old has ridden the race on six previous occasions, winning an individual time trial in London in 2011 and memorably snatching the race lead in Hemel Hempstead in 2014

Also confirmed for the OVO Energy Tour of Britain is winner of the Prudential RideLondon – Surrey Classic and recently-crowned European champion, Alexander Kristoff, while British duo, Mark Cavendish and Geraint Thomas, are expected to ride should both recover from their Tour de France crash injuries in time.

Edinburgh’s Culture and Communities convener, Councillor Donald Wilson, said: “From Cavendish to Kristoff, cycling’s finest will set off from the Royal Mile before winding through our Old Town and towards East Lothian.

“Not only will spectators be able to enjoy the sight of the Tour of Britain Grand Depart, they will also have the chance to pedal after the professionals at Edinburgh’s HSBC UK City Ride. We’re delighted to be hosting the first leg of the competition in Edinburgh and this mass participation cycle for the very first time. Come out and see these teams compete through our city streets.”

A provisional rider list featuring all 120-riders for the OVO Energy Tour of Britain will be published towards the end of August.

Re-launched in 2004 after a five-year absence from the calendar, the OVO Energy Tour of Britain is arguably British Cycling’s premier road cycling event, giving cycling fans the opportunity to see the world’s best teams and riders competing on their doorstep.

Ranked at the 2.HC level by the UCI, the OVO Energy Tour of Britain attracts the world’s top cyclists, including Olympic and World Champions and Tour de France stage winners, to compete on British roads each September, with three-hours of live coverage a day on ITV4.