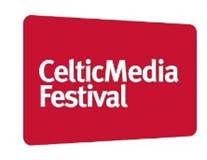 THE first-ever joint online hub for media producers and companies in Ireland, Scotland, Wales, Cornwall, Galicia, Isle of Man and Brittany will launch this evening in Glasgow.

Users will be able to access the latest information on funding and grants across all the Celtic regions, as well as up-to-date job listings, professional development opportunities, and a comprehensive directory of all active companies currently working across the seven core regions. A bespoke social wall will capture the latest posts from across the sector.

Says festival director, Catriona Logan: “CMF Connect is the logical next-step for the Celtic Media Festival. Year-on-year, we have watched our relevance grow, and the festival is a place to do real business.

“So, why not offer our clients and delegates the chance to do business through us all year round? International co-productions have become an integral part of the industry and Celtic Media Festival is the perfect conduit for producers to collaborate. That’s what CMF Connect is about.”

CMF Connect is a spin-off of the hugely successful Celtic Media Festival.

Every year, some 400 delegates experience this unique celebration of film, television, radio and digital media, which promotes the languages and cultures of the Celtic nations and regions.

Adds Logan: “In recent years the festival’s International Pitching Forum has proved a major industry draw. Since its inception in 2016, several pitches have been successful, with two programmes commissioned at the Forum broadcast in 2017 alone.

“At the latest festival, Welsh company, Cwmni Da, and Mac TV, from Scotland, pitched a major natural history series at the Celtic Media Festival – it attracted support from TG4, BBC Alba and S4C. That series, called ‘Tide’, tells the story of our Celtic coastlines, and specifically the tidal zones. The series was exhibited at MIP Com in Cannes, and has already attracted interest from China.”

Users can access CMF Connect from today at www.celticmediafestival.co.uk/connect.

The Celtic Media Festival 2017 was held on the Isle of Man.

One of the many festival highlights will be the presentation of the Torc Awards for Excellence. Categories include Factual Series, Arts, Drama, Sport, Current Affairs, Best App, Innovation, Radio Station of the Year Comedy, Radio Comedy and Radio Magazine Show. For further details, please see www.celticmediafestival.co.uk

Every year, Celtic Media Festival designs its website to reflect the history and culture of the location the festival will take place. The unique theming features across the website, event programme and merchandise, and this year’s design is based on Irish myths and legends.