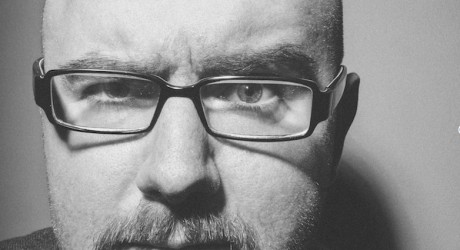 SCOTT Gibson - the bald, beefy and bearded Glaswegian – is bringing his award-winning blend of heartwarming and foulmouthed comedy to Drygate Brewery, Glasgow, on Friday 01 December 2017, when he headlines the final Gilded Balloon Comedy at Drygate of 2017.

Joining the gut-bustingly funny Gibson on the brewery stage will be the refreshingly unsentimental one-woman voice machine, Amy Howerska, and the Glaswegian ‘King of Sad Style’, Christopher Macarthur-Boyd.

Scott Agnew, the natural-born storyteller who could make a shopping list entertaining, will host the evening’s entertainment.

A naturally skillful and riveting raconteur, Scott Gibson mixes a conversational style with his own unique brand of dark humour, gloriously bad language and shrewd observations. He regularly vents his incredulous anger speaking harsh truths that lead his audience down a path few dare to tread; the best lines, ostensibly the ones that cut closest to the bone.

Working any room he plays like a champion, Gibson’s amazing ability to sneak powerful themes and experiences into what might appear to be a traditionally bawdy set, full of toilet humour and political incorrectness, has allowed him to move up the ranks quicker than many before him. His brush with mortality galvanised him into becoming a stand-up and inspired the show, Life After Death, which won the 33 year-old the Edinburgh Comedy Best Newcomer Award at the 2016 Edinburgh Fringe.

Born to a ‘trained killer’ father and a skydiving mother – a Polish Irish Catholic Jew, raised in Wales – Amy Howerska is a diversity box-tickingdream. Presenting her stand up with vim, vigour and volume, she is an one-woman voice machine, populating the stage with barmy Welsh cousins, Bradford grannies and East End gangster-loving aunties.

In her commanding and upbeat sets, she also covers some of the terrible jobs she’s had to endure before becoming a full-time comic; her new boyfriend and his weird family and her hatred of ‘mansplaining’. She can do more with a facial expression than most other comics can manage with their entire bodies, milking her audience for laughs with evident ease.

Meanwhile, East End boy, Christopher Macarthur-Boyd, who regularly threatens to take his top off, but “not in a sexual way”, unveils top gags about his tattoo and that fear of becoming more of a bigot as he gets older. He talks at length about his family, his girlfriend leaving him, his appearance, anecdotes about his recent trip to Australia and Brexit, Trump and Scottish Independence. His self-mockery and ability to tell gags at his own expense – including his hilarious response to people feeling the need to inform him of who they think he resembles – is one of his many loveable assets.

As compere for the evening, 6’5” powerhouse Scott Agnew’s easy-going, laid back delivery and friendly approach to stand-up will lull the Glasgow audience into a false sense of security. He will then spins yarns of general misadventure (his world is far from ‘run of the mill’ by anyone’s standard), that will both charm and shock yet have them laughing uncontrollably. In recent years, Scott has taken the Scottish comedy scene by the ‘scruff of the neck’, proving that gay comedy doesn’t have to be camp to be funny.

Gilded Balloon Comedy at Drygate brings together the very best craft beer, fearless food for the soul and strong intelligent comedy with a quality blend of up and coming comedians and the finest established comics in an intimate comedy club. Audiences can also enjoy the popular dinner and comedy packages that have the craft beer kitchen and bar – The Vintage at Drygate – take on the role of front of house hosts.