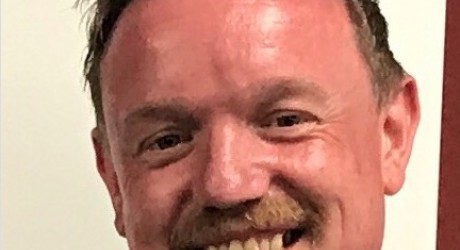 THE Lord Provost of Aberdeen is to pay a visit to a charity to mark its successful merger. iConnect North East provides support to individuals and families who need specialised care.

During the visit, on December 14, LP Barney Crockett and a number of his councillors and officials will meet staff and individuals supported by iConnect North East from its offices at 491 Union Street.

Aberdeen City Council provided financial support to the local charity in its early years and is now a key working partner.

The charity merged with the Scottish Personal Assistant Employers Network (SPAEN) and now has a Scotland-wide role in the field of providing self directed support.

Colin Millar, chief executive of SPAEN, said: “I admire the dedication, commitment and professionalism that iConnect North East has brought to literally hundreds of residents of Aberdeen City.

“As a national organisation and one of the Scottish Government’s strategic partners in the delivery of self-directed support, SPAEN’s merger with iConnect NE means that we can now take that expertise and a tried, tested and highly-successful model and look to replicate it across Scotland in conjunction with the government and local authority councils.”

He added: “This year’s merger allows us to continue the roll-put of self-directed support for the benefit of individuals and with the support of the community and the great relationship which exists with the city council is one we want to replicate across the country.”

Liv Cockburn, director of iConnectNE, said: “The City Council is an enthusiastic partnership worker with us and we are delighted that the Lord Provost is coming to meet our team and the people we all work to support.”

Background: In 2013 Aberdeen City Council commissioned a consultant to develop plans to support the establishment of an independent organisation to provide self-directed support to those in need.

In October of that year, iConnect North East was registered as a charity and quickly grew to provide such support to hundreds of people across the North a East of Scotland. In August of this year, it merged with SPAEN to become a national charitable body.

MEDIA RELEASE issued by iConnect North East. You too can share your stories (aka press or media releases), on this site. Email here for more information.