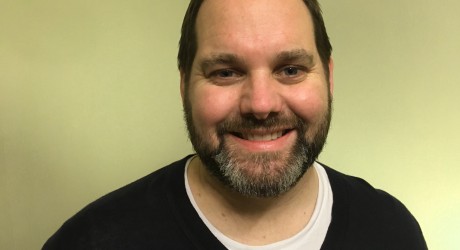 STV Productions, one of the UK’s leading content businesses, has appointed Nick Johns to the newly-created role of head of Entertainment Development.

The position has been established to enable the business to consolidate its strengths in the genre having already built up a record of entertainment successes and mass audience hits. The most popular has been returning series Catchphrase which is produced for ITV.

The returning format’s last series reached 14.8 million viewers overall, and in autumn 2017 the channel commissioned a sixth series of the peak-time show.

Johns joined STV Productions in 2014 and has worked on a series of entertainment commissions including ITV2 ‘comedy roast’ series, SafeWord – which was co-developed and co-produced by STV Productions and Motion Content Group and has since been remade for MTV in the US – and high-stakes game show, Babushka, which was conceived by Armoza Formats. The show, which aired on ITV Daytime, was nominated in the prestigious international Rose d’Or awards.

Other STV Productions entertainment commissions which Johns has developed include The Dressing Room – the sports club changing rooms fixed rig show which was produced for UKTV with the format now being remade in Holland and Norway – and more recently, he developed And They’re Off …For Sport Relief for BBC One.

Prior to joining STV Productions, Johns – who gave up his earlier career as a barrister to pursue his dream of a career in television production – worked on a freelance basis for a number of channels, gaining extensive experience in entertainment development on a range of projects including the first series of Dancing On Ice for ITV and BBC One’s Let’s Dance for Comic Relief.

Nick Johns said: “I love everything about entertainment and I couldn’t be more excited to be working with the amazing team at STV Productions to bring more big and brilliant ideas to life.”

Gary Chippington, head of Entertainment at STV Productions, said: “Nick has great ideas, great taste and a real feel for entertainment telly. I’m delighted that he’s accepted this new role to help us build on the successes we’ve achieved to date.”

In entertainment, the company has produced six series of Catchphrase for ITV, game shows And They’re Off…for Sport Relief for BBC One and Babushka for ITV Daytime, as well as The Dressing Room for UKTV’s entertainment channel, W.

STV Productions has a track record of producing quality returnable drama series and most recently secured its first BBC drama commission – four-part thriller, The Victim, for BBC One, which is now in pre-production. Previous drama productions include Taggart and Rebus for ITV.

Documentary highlights include two series of Prison: First & Last 24 Hours for Sky1, Ross Kemp Behind Bars – Inside Barlinnie for ITV, BAFTA Scotland winning Dunblane: Our Story for BBC Two, Scotland and the Battle for Britain presented by Andrew Marr for BBC Two, The Queen Mary: Greatest Ocean Liner, a documentary for BBC Scotland, BBC Four and Smithsonian Channel, and Fire in the Night, an award winning feature documentary to mark the 25th anniversary of the Piper Alpha disaster.

Specialist factual successes have included Tree of the Year for Channel 4, Tutankhamun: The Truth Uncovered for BBC1, Smithsonian Channel and Discovery Canada, Swallowed by the Sea – Ancient Egypt’s Greatest Lost City for BBC2 andLife After: Chernobyl for Animal Planet US.

STV Productions has a strategic development partnership with Motion Content Group to create new entertainment, factual and drama projects for the UK and international markets.