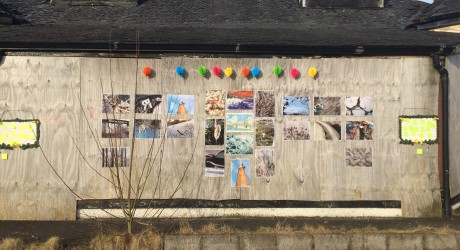 MIGHT community land ownership be the answer to creating places that people want to make their home in the long-term?

Community landownership has, until recently, been associated with rural communities, which own a total of 562,000 acres. Rural community landowners have used land to create jobs and affordable housing and, in many areas, have been able to reverse years of population decline. Their achievements are now recognised across the globe. In 2016, both the Community Right to Buy and the Scottish Land Fund were extended to cover urban areas.

Ian Hepburn, chair of Community Land Scotland, said: “This broadening was crucial because it shows that community ownership and land reform are as relevant to urban settings as they are to rural ones. We believe that, in both urban and rural areas, community landownership will create vibrant places that people want to, and can afford to, make their home in the long term”.

Community Land Scotland was able to identify two geographically based communities that own land in urban areas and a further thirteen communities are in the process of buying land. The majority own or are buying green space or community woodlands.

A further 17 communities own or are in the process of buying buildings. There are likely to be other geographic community groups in urban Scotland that own land, but they may not have applied for the Scottish Land Fund or self-identify as community landowners, meaning that Community Land Scotland was unable to identify them during the course of this research.

Looking to the future, Community Land Scotland believes that owning green space will continue to be a priority for urban communities but that there is also potential for communities to purchase for affordable housing, town centre regeneration, community business development, facilities for families such as playparks and nurseries and healthy living services including sports grounds. Looking at the groups in the early stages of buying land, these types of development are likely to become a reality within the next year or two.

The two communities that own land are Duddingston Village Conservation Society in Edinburgh, which owns a community garden, purchased from the National Trust for Scotland in 2000, and Linwood Community Development Trust which owns three hectares of land that will be used for a new community centre, football pitch and changing facilities.

The full report can be found here.

The summary report can be found here.

One of the communities named in the report, The Pollokshields Trust is happy to talk to journalists about their plans. If you would like to talk them please get in touch with Linsay Chalmers.

Photo: the attached photo is from the Opening Day of Pollokshields Community Common, which used to be Kingston Bowling Green. This is a project run by the Pollokshields Trust.

The Scottish Land Fund reopened to applications in April 2016. The programme is funded by the Scottish Government and delivered in partnership by the Big Lottery Fund and Highlands and Islands Enterprise, both of which have extensive experience of helping communities to acquire and develop their assets for over a decade

Community Right to Buy allows communities throughout Scotland to apply to register an interest in land and the opportunity to buy that land when it comes up for sale. It was originally introduce in the Land Reform (Scotland) Act 2003 and extended to urban community in the Community Empowerment Act (Scotland) 2015.