Media release: Teaching provision and development in the Highlands and Islands recognised by university 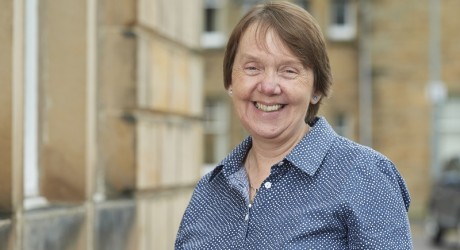 A LEADING educationalist, researcher and former teacher has been awarded the title of professor by the University of the Highlands and Islands.

Professor Morag Redford, from Coupar Angus, Perthshire, has been awarded the personal chair (professorship) in recognition of her achievements and potential in leading the provision and development of teacher education across the Highlands and Islands.

Professor Redford has been head of teacher education at the University of the Highlands and Islands since September 2014 and is based at Perth College UHI. She has led the development of a range of teacher education programmes between seven academic and eight local authority partners. Professor Redford began her career as a primary school teacher in 1988 before moving into secondary teaching at Pitlochry High School in 1995.

Prior to taking up her post at the university, Professor Redford led a number of inter-professional education projects before becoming a teaching fellow in 2004 at the University of Stirling. In 2008 Professor Redford became a senior teaching fellow and director of professional learning in the School of Education at the university, where she led the design and provision of masters programmes for practising teachers.

As current chair of the Scottish Council of Deans of Education, Professor Redford has led national negotiations for new routes into education for all university providers of teaching courses, and recently won a Scottish Government tender, with the University of Dundee, for a new rural route into the teaching of science, technology, engineering and maths (STEM) subjects. She is a member of the Scottish Council for Education and is co-chair of the national workforce planning committee for teachers.

The university’s principal and vice-chancellor, Professor Clive Mulholland, said: “The title of professor is the highest level of academic achievement which can be awarded. It is reserved for individuals who are recognised as leaders in their field and have demonstrated excellence in their work. Professor Redford has developed a significant leadership role over her career and, in particular, she has enhanced our reputation and standing through important partnerships and collaborations at national and international levels.”

University of the Highlands and Islands · Education and training · Falkirk, Perth and Central (postcodes FK and PH)