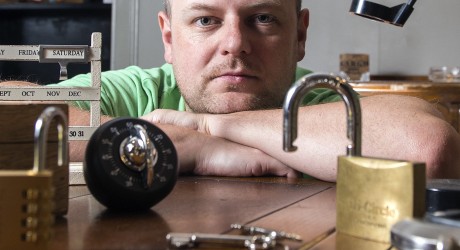 ESCAPE, recognised to be Scotland’s first ‘live escape game’ company, is set to open its 200th room worldwide, as it marks its fourth anniversary.

The Edinburgh-based business continues to expand across the UK and to countries including Ireland, France, the USA, Australia and New Zealand, and has now recorded over 300,000 customer visits. Escape was the first escape room operator to open in Scotland, launching in May 2014.

With over 180 rooms already in operation, new sites are scheduled to open in Edinburgh, Ipswich, Reading, Cambridge, Lincoln, Basildon and Melbourne, Australia, in the coming months, taking the total number of worldwide game rooms to over 200 by autumn. The firm has around 150 employees in the UK.

The Escape model is based on team-building exercises where players must work together to solve live puzzles to escape from a room within one hour.

Escape currently has two locations in Edinburgh, in Haymarket and the New Town, and will this week expand to open its third site on Morrison Street. It is hoped this will deliver a tourism boost for the capital.

The new venue will include the world premiere of a new game room called The Magic Emporium, opening on Saturday, June 2.

The experience, involving a variety of different magical challenges, requires players to investigate why a shop for wizards has closed down.

Escape Edinburgh manager, Daniel Hill, said: “We’re proud to have launched the company in Scotland four years ago, and Escape’s popularity has since spread across the UK and further afield.

“We now have plans in place to open the 200th game room by this autumn, demonstrating the continued growth of the market worldwide.

“The model appeals to companies looking for team-building exercises as well as students and families.

“We’re delighted to be opening our third venue in Edinburgh, and expect The Magic Emporium to be particularly popular with younger audiences. We hope it will help deliver a tourism boost for the city ahead of the festivals.”

Photos of Daniel Hill and The Magic Emporium are attached for publication. Please contact Alan Roden for further interview and photo opportunities.

Escape is the trading name of Team Building and Things To Do Limited. The company purchased www.canyouescape.co.uk in December 2017, which includes two additional locations in Edinburgh (5 Holyrood Road, EH8 8AE) and York.

The Magic Emporium will open on June 2 at Morrison Street.

Game synopsis: “Three days ago, a well-renowned supplies shop for all budding wizards closed for the day. However, inexplicably, the shop never opened again. Sensing that forces of evil are at work, you have decided that you are going to investigate the mystery behind Ms Garbo’s disappearance. Don’t get caught.”

MEDIA RELEASE issued by Escape. You too can share your stories (aka press or media releases), on this site. Email here for more information.