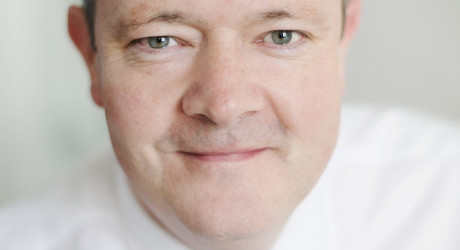 DC Thomson Media’s senior newspaper team, and the operational structure of the newspapers, has been revised, introducing the new role of head of Newspapers.

Richard Neville (pictured), the current editor-in-chief of Morning Newspapers, has been appointed to this post.

As head of Newspapers, Richard will have responsibility for the operation of the Newspaper business, including editorial leadership for all newspaper titles in the DC Thomson Media portfolio.

He will also be responsible for managing the Group Newspaper functions including production and picture desk.

Newspaper editors will be supported by Richard in this role, but will retain editorial responsibility for their own titles.

The newspaper portfolio includes The Press and Journal and Evening Express based in Aberdeen, The Courier and Evening Telegraph based in Dundee and the only Scottish-owned national title in the country, The Sunday Post.

Mike Watson, chief executive officer of DC Thomson Media, said: “Newspapers are a crucial part of our core business and we’ve got a great team in place that deliver some of the country’s best selling regional dailies.

“Richard is highly experienced in the newspaper industry and I’m confident that this change to structure will only add to the quality of content we provide thousands of readers with every day.”

Following Richard’s appointment, Catriona MacInnes has been confirmed as editor of The Courier, following just over a year as acting editor. Catriona becomes the only female editor of a daily newspaper in Scotland.

David Knight, deputy editor of The Press and Journal, is retiring after 25 years with the paper.

Andrew Kellock, current editor of the Evening Telegraph in Dundee, will take on the role following David’s departure.

All of those in new roles will take up their positions at the beginning of January.

Richard Neville, head of Newspapers for DC Thomson Media, said: “This is an exciting time for newspapers and I am pleased to have been given the opportunity to drive the newspaper business forward. While the challenges we face as an industry remain, we’ve got a skilled team in place that understands its readers and we will continue to deliver quality newspapers to communities across Scotland.

“These changes demonstrate our commitment to our newspapers and the teams that work on them.”

DC Thomson Media is one of the leading media creators in the UK. The company’s headquarters is in Dundee, Scotland, with a London base in Fleet Street. DC Thomson Media publishes newspapers, magazines and comics, and has an extensive e-commerce and events portfolio alongside interests in gaming and radio.

The Evening Express is published six days a week and reaches more readers across its circulation area than any other newspaper. Two editions are printed daily allowing the Evening Express to get breaking news on to the streets of Aberdeen on the day the news happens.

The newspaper covers the North-east of Scotland and the Scottish Parliament in Edinburgh. The Evening Express also features a portfolio of supplements throughout the week focusing on motors, property, jobs, eating out and entertainment. Our team also creates content for the title’s website www.eveningexpress.co.uk.

The Evening Telegraph has been delivering the news and fighting for its readers in Dundee since 1877. ‘The Tele’ provides unrivalled football coverage, from the latest news at Tannadice and Dens to kids’ Sunday kick-abouts.

The Saturday edition, the Weekend Telegraph, includes a 24-page entertainment and listings magazines, and covers grassroots sports in the Dundee area.

THE PRESS AND JOURNAL

The Courier is one of Britain’s biggest regional morning newspapers and is an established title in east central Scotland. With four daily editions, The Courier provides in-depth local news for Perthshire, Fife, Angus and The Mearns and Dundee. Teams of reporters based in our offices in Dundee, Perth, Kirkcaldy and Arbroath have excellent knowledge of local issues and fill more than six pages a day of news from their patches. At The Courier, we believe that ‘local’ matters and that is exactly what you will find in our pages and on our website.

‘Scotland’s favourite family newspaper’ since 1914. The title is on sale across Scotland and the north of England.

Over the last few years, the paper has undergone significant change, with improved layout and better coverage of news and sport. The team of news reporters has received recognition at UK level for investigative journalism and The Raw Deal team take on our readers’ complaints, fighting on their behalf.

The Sunday Post won the Scottish Newspaper of the Year Award in 2018.