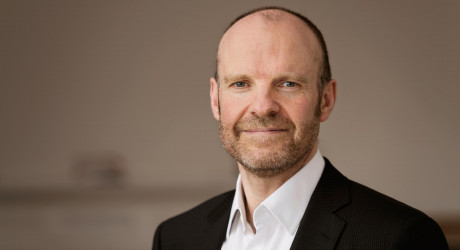 THE Ripple Effect campaign will be unveiled by a group mentored young people – with the help of Iain MacRitchie, the founder of MCR Pathways and Annemarie O’Donnell, the chief executive of Glasgow City Council, who is also a mentor – in front of an audience of partners, mentors and inspired members of the general public.

MCR Pathways, the award-winning mentoring programme, will launch its 2019 campaign The Ripple Effect, which is designed to attract more volunteer mentors to help disadvantaged and care-experienced young people achieve the same educational outcomes, career opportunities and life chances as all other young people.

At the core of the MCR Programme are 50-minute weekly mentoring sessions between a young person and their mentor, who listen and provide encouragement. The programme was established in Glasgow in 2007 and has the backing of the Scottish Government and the local authorities in which it operates. It currently supports almost 2,000 young people each week.

Commenting Iain MacRitchie, the founder of MCR Pathways, said: “We are delighted to launch our 2019 campaign. The Ripple Effect reflects the incredible power in small actions which can create a wave of change that resonates for a lifetime.

“We have already seen in Glasgow and other local authorities across Scotland that mentors can make a life-changing difference to our most disadvantaged young people. At the same time, they gain massively from the experience.

“It might sound like a small thing, but that positive relationship changes everything. Our schools, communities and organisations too, all see the difference and feel the impact in the next generation. The stats don’t lie – before mentoring, 54 per cent of care-experienced young people left school to college, uni or a job – now 86 per cent of mentored young people do.

“We would be delighted to hear from people across Scotland who are interested in becoming a mentor. The programme has a proven to be a positive, and transformational experience for both young people and their mentors.”

Further information on the MCR Pathways programme and how to become a mentor is available at www.mcrpathways.org. Volunteers will be fully trained – they just need to give an hour per week to change a life.

Issued by Headline PR on behalf of MCR Pathways

For further information or to arrange interviews, please contact Jill Creighton on:

MCR Pathways is a registered charity. It was founded in Glasgow in 2007 and now operates in a number of schools Aberdeen, Aberdeenshire, North Ayrshire, South Lanarkshire, Edinburgh, and West Dunbartonshire and currently, it has 853 active mentors and supports almost 2,000 young people each week.

The programme’s core elements include group-work, one:one relationship focused mentoring and a programme of Talent Tasters which introduce work, Higher and Further education, and arts and sports experiences. MCR is continuing to expand nationally with support and commitment from both local and national government.

External research shows that MCR mentoring has made a significant impact on young people’s confidence, belief, and self-esteem as well as on staying on rates, attainment and progression to positive destinations (college, university, and employment.) In 2013/2014, 54 per cent of care-experienced young people nationally progressed to a positive destination while in 2018, 86 per cent of MCR mentored care-experienced young people did. Mentoring is creating a wave of positive change, impacting our schools, community, and country.

Over each of the last three years, MCR Pathways has doubled the number of young people it supports each week to almost 2,000 pupils. It currently operates it’s ‘Young Scottish Talent’ programme in all secondary schools in Glasgow and schools in Aberdeen, Aberdeenshire, Edinburgh, North Ayrshire, South Lanarkshire, and West Dunbartonshire. In 2018, MCR began their national expansion with an ambition to reach the country’s most disadvantaged young people and be fully operational across at least 15 local authorities in the next three years.