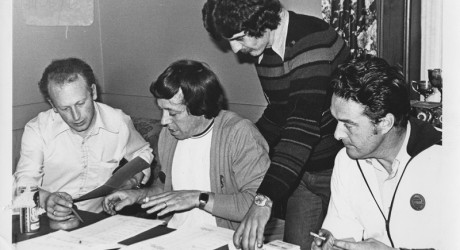 ONE of the longest-running traditional music festivals in Scotland is 50 next weekend.

For their 50th anniversary, Newcastleton Traditional Music Festival’s programme is full of singers, musicians, storytellers, lyricists and poets of all ages – from local primary school children to folk whose wealth of experience comes from many years ‘at the anvil’, shaping and perfecting voice and tune to become an beguiling and enchanting thing.

And that’s exactly the point, this is music and story that has been, and will continue to be, shared and passed on; if not through the family, then through the school and the festival workshop.

Newcastleton Festival’s secretary, Eliza Mood, says: “You can be any age and ability to listen to and try out a song, ballad, border tune – Northumbrian or Scots – on any instrument. And we have instrumental workshops for beginners, or any level, on harp, dulcimer or bellows pipes (such as Scottish small pipes or Northumbrian pipes).”

Coming out of the last folk revival, Newcastleton Traditional Music Festival is benefitting from the new revival Scottish traditional music and arts are undergoing right now in 2019 (according to The Economist, Jan. 23rd, 2019).

This has been helped by projects being assisted by funding such as Tasgadh (the Traditional Arts Small arts grant fund) – which funded Newcastleton last year – and now more mainstream funders such as Foundation Scotland, funding them this year.

And the stats show that Scotland is particularly attractive to tourists looking for traditional culture -and finding it.

Everyone is invited to be of this revival and the Festival have workshops from the wonderful Border directors (Kim Bibby-Wilson, John Bibby and Matt Seattle), Pete Shepheard, Ailsa Mackenzie and Kevin Tilbury (Bring, beg or borrow your instruments—practice bellows pipes available).

But it’s not just workshops that are on offer; there are concerts, indoor and outdoor (as well as the above with the Spiers Family, Aileen Carr, Fisher Lassies), dances (The Occasionals, Derek Edmond), competitions, sessions and friendly welcomes abounding. Plus the Scottish traveller storyteller Jess Smith will be there to charm and entertain as well.

Newcastleton Traditional Music Festival runs 5-7 July in the Borders village of Newcastleton on the B6357 – sat nav TD9 0QD or check out more details at www.newcastleton.com

And if you are interested in helping out – let them know as volunteers are always welcome during the Festival and year round organising the event!