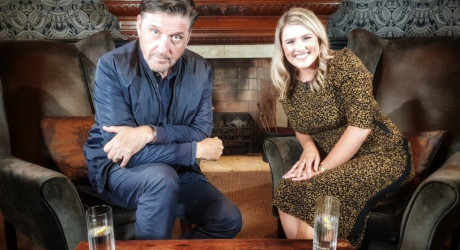 THE best of this year’s Edinburgh festivals will be celebrated as STV’s popular entertainment show returns for What’s on Scotland at the Festival – five special episodes airing from Friday 26th July at 2000.

Presenter, Emma Cameron, and entertainment reporter, Laura Boyd, will take a trip to Edinburgh’s festival venues – including the Gilded Balloon, Pleasance Courtyard and the Book Festival – to talk to the big names from comedy, screen and stage.

These festival specials will also provide a big showbiz welcome to the weekend by taking a look at the latest Hollywood blockbusters and what to watch on the small screen as well as providing viewers with a ‘what’s on’ guide to Scotland’s vibrant culture, music and arts scene.

Produced by STV News, the programme was commissioned by director of Programme Strategy & Marketing, Stephen O’Donnell, who said: “As thousands of people descend on Edinburgh during the month of August for the greatest arts festival in the world, we are delighted to bring our viewers interviews with the biggest names in showbiz and great stories from some of the most entertaining and high profile stars in comedy, stage and screen.”

Following the Edinburgh Festival specials, What’s on Scotland returns to STV on Friday 30th August and will run until the end of the year, bringing viewers a weekly round-up of entertainment, movies and celebrity interviews.