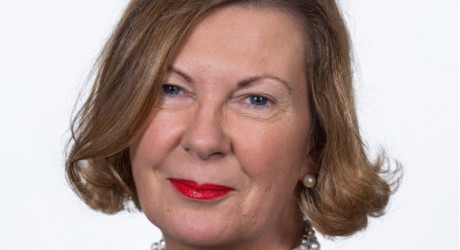 DC Thomson Media has announced that Catriona MacInnes, editor of Dundee-based newspaper, The Courier, is retiring from the role.

Catriona, who has held the position of editor since summer 2017, will be leaving in the autumn.

Having made history as the first female editor of The Courier, Catriona has been with DC Thomson Media for more than 30 years, working across a number of the company’s brands.

Her career began in magazines with monthly women’s title, Annabel, where she worked her way up to assistant editor then editor.

A spell in teenage magazine followed before she moved to The Courier in 1992 as deputy features editor. Over the years, she rose up the editorial ladder and, along the way, launched the paper’s Weekend section and co-founded DC Thomson Media’s Living magazine.

Richard Neville, head of Newspapers at DC Thomson Media, said: “Catriona has done a fantastic job as editor, bringing new life and a fresh perspective to the role over the last two years.  It is with very mixed emotions that I see her leave.

“I have twice persuaded Catriona to postpone her retirement, most recently so that she could take up the post of editor of The Courier in the summer of 2017. I will be very sorry to see her go, as will the team, but I wish her all the best as she embarks on this new stage in her life.”

Catriona said: “It’s been my intention to retire for the last couple of years, but I’ve been encouraged to stay and accept new challenges and roles.

“I’m incredibly proud to have held the editorship of such a great newspaper. I have had the pleasure of working with a great newsroom and I’ll miss the people who surround me; it has been a privilege to have had the opportunity to work alongside them over the years.”

A new editor for The Courier will be announced in due course.