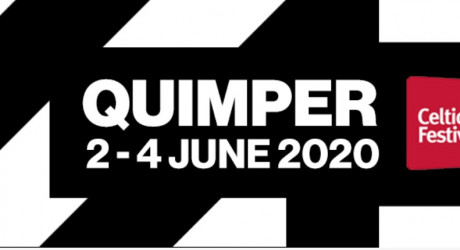 FOLLOWING the massive success of the 40th Celtic Media Festival earlier this year, in the Scottish Highlands – the biggest event in the festival’s four-decade history – The Celtic Media Festival today opened the call for entries for the 2020 Torc Awards for Excellence, taking place next year in Quimper, Britany.

In 2020, the Celtic Media Festival makes a very welcome return to Brittany for the first time since 2002 and is supported by Regional Council of Brittany and the City of Quimper.

Taking place from 2 – 4 June 2020 at Le Chapeau Rouge, the annual three-day celebration of Celtic Media Excellence is a priceless opportunity for hundreds of delegates to get up close with the biggest names and organisations in the industry.

The Celtic Media Festival honours the best in Celtic programming and broadcast talent from across the Celtic nations.

Each year, the festival and the awards evolve to reflect a dynamic and ever changing industry; in 2020, a new Radio Drama category will be added, taking its place alongside 23 categories spanning everything from Factual Series to Arts, Drama Series, to Sport, Current Affairs to Radio Station of the Year.

Earlier this year, the phenomenal 40th birthday celebration saw a record-breaking number of entries and delegates in Scotland’s stunning Aviemore.

Full details of the 2020 festival programme, delegate registration, and how to purchase tickets will be announced early next year. For full information on the Call for Entries and awards categories, please visit www.celticmediafestival.co.uk.

Catriona Logan, festival director, said: “We’re so delighted to be bringing Celtic Media Festival to Brittany in 2020, after 18 years!

“It’s imperative to strengthen our ties and relationships with our European partners, and as well as forming new relationships with our colleagues in Canada and America, CMF2020 will be a festival that reinforces these ties. We’re very excited to see the quality of work that will be entered for the 2020 festival and showcase it on an International stage.”

* Celtic Media Festival celebrates its 41st year in 2020 from the 2 – 4 June at Le Chapeau Rouge in Brittany, France

* The Celtic Media Festival is supported by broadcast, film, cultural and economic development organisations throughout the Celtic countries and regions

* The festival is an annual three-day celebration of broadcasting, film talent and excellence from Scotland, Wales, Ireland, the Isle of Man, Cornwall, Brittany and Galacia

* One of the many festival highlights will be the presentation of the Torc Awards for Excellence. Categories include Factual Series, Arts, Drama Series, Sport, Current Affairs, Best App and Radio Station of the Year. For further details, please see www.celticmediafestival.co.uk