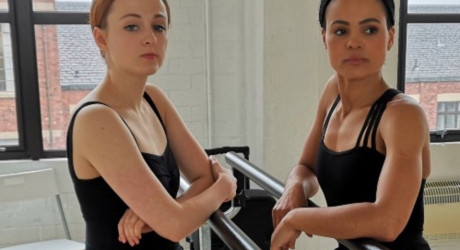 These drama shorts will debut exclusively on BBC iPlayer on the evening of Wednesday 24 October following the launch of new four-part network drama, Guilt, which airs on the BBC Scotland channel, followed by BBC Two in the coming weeks.

The shorts offer further development opportunities for both writing and acting talent and have been made by Scottish independent companies the Comedy Unit, Black Camel and Blazing Griffin.

At least one of the four digital drama shorts will be developed into a series at a later date.

Chrissy’s a heartbroken young man, wallowing in agony after being dumped by his girlfriend. Feeling very sorry for himself, Chrissy’s pals Basher and O’Connor urge him to get over his break-up by getting in on the dating game again. Chrissy’s fate is decided with the help of an ancient Celtic coin and a beautiful girl whose car has broken down. Can Chrissy be the hero of the hour and regain romance?

Set in a sports centre in rural Scotland, Float follows a group of millennials working as lifeguards as they spend six weeks of their summer attempting to drown out their problems. Jade has dropped out of university and returned to the small town life she thought she had left behind. Rumours are rife about why she’s back and only Jade knows the truth. Will secrets remain hidden?

To celebrate the tenth anniversary of elite ballet group, the Shearer Company, a documentary crew follow three hopeful auditionees as they fight for a coveted place.

Nadine, Geoffrey and Anita all face their own barriers to success that brings them into conflict with each other as well as beginning to recognise the classism, racism and homophobia they need to overcome. A fight over dance style, missing shoes and a ripped leotard are all part of a day in the life of a ballet dancer.

Idealist and all-round-nice-guy, Adam, is on a high after passing his driving test. As he embarks on his new-found freedom into a more grown-up world the audience see flashes of a sinister future to come. The present day is buoyant and full of fun with Adam, his girlfriend, Zara, best friend Nathan and brother, Connor, living life to the full. But intercut with this happiness are shots from a dashcam and a future of
drugs, violence, anger, upset. How does it all go so wrong for a guy who seems to have it so right?

Commenting on the commissions, Louise said: “These digital shorts highlight BBC Scotland’s drive to do drama in new ways, working with new talent and attracting a younger audiences.”

Mark Thomas, from Screen Scotland, said: “These new commissions provide real opportunities for Scottish production companies to work with Scottish talent and crew to create dramas with returnable series potential. This is just one of the ways Screen Scotland is working with BBC Scotland through our new partnership to strengthen the range of content being commissioned in Scotland and to increase the
representation of Scottish stories on the network.”