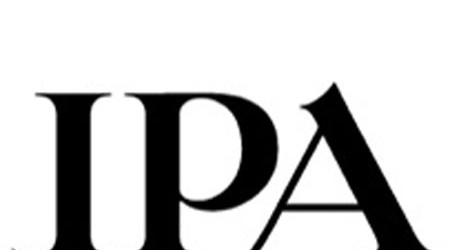 THE recent underwhelming performance of marketing budgets continued during the third quarter of 2019, with UK marketers recording a slight reduction to spending availability amid heightened economic and political uncertainty. This is according to the Q3 IPA Bellwether Report, published today (17 October 2019).

A net balance of -0.5 per cent of firms registered downward revisions to their total marketing budgets during Q3.

Although this is the first time in seven years that marketing executives have observed cuts to their allocated spending, the net balance was broadly unchanged from the prior quarter (+0.0 per cent) and fractionally below neutrality, highlighting the underlying tone of hesitancy that dominated UK business decision-making for the most part of the year.

Nearly two-thirds of the Bellwether panel (64.1 per cent) reported no change to their overall marketing budgets in the third quarter. There were reports that economic and Brexit-related uncertainty warranted a ‘wait-and-see’ approach.

Low consumer confidence was said to have generated hesitancy towards spending, leading firms to hold back on big-ticket marketing drives and tighten the purse strings. Others indicated that, in the interest of cost efficiency, they had re-allocated budgets to online and social media-based campaigns, keeping total budgets unchanged in the process.

The continued shift towards digital marketing was once again highlighted as the internet category remained the top performer in the third quarter. A net balance of +11.1 per cent of firms observed budget growth here (+11.5 per cent previously).

The development of new online tools encouraged firms to boost internet budgets available to marketing executives. Data driven campaigns and a greater push towards social media advertising also underpinned the continued rotation into the digital space. Within search/SEO, which lies within the broader internet category, however, the net balance declined to +6.1 per cent, from +9.9 per cent, its lowest since Q4 2018.

Meanwhile, mobile advertising budgets were reduced for the first time since the end of last year. The net balance dipped into negative territory (-0.6 per cent) following stagnation in the second quarter (+0.0 per cent).

However, main media advertising budgets were placed on hold during the third quarter (+0.0 per cent) following some relatively solid upward revisions in the first two quarters of the year (+5.2 per cent and +5.6 per cent respectively), signalling a reluctance among firms to commit to big-ticket marketing campaigns.

The remaining types of marketing all recorded in contraction territory, with the worst performer being market research (-16.9 per cent from -2.9 per cent). Budgets here were cut to the sharpest extent across the seven-year series history.

Company and industry-wide prospects remained in negative territory for a fourth consecutive quarter during the latest Bellwether survey, highlighting a sombre mood among panellists.

The degree of pessimism across both outlooks were broadly in line with those seen during the second quarter. Industry-wide expectations were among the most downbeat since Q4 2011 and only narrowly less negative than in the previous Bellwether report. The net balance posted a fractional rise to -25.0 per cent from – 25.6 per cent in the second quarter.

There was also a slight improvement rise in the net balance of firms indicating worsened financial prospects for their own company, this time from -9.8 per cent in the second quarter to -9.4 per cent. Again, expectations were among the most pessimistic since the final quarter of 2011.

Adspend forecasts for 2019 subdued, but improvement beyond 2020 foreseen

There has been little real change since the second quarter, with the UK economy remaining subdued and likely to post only marginal growth in the third quarter. The Bellwether Report has subsequently decided to leave its forecasts unchanged to reflect this and remains cautious towards 2019. Overall, it anticipates a modest 1.1 per cent annual increase in adspend over the year as a whole. Various factors underpin its reservation, namely sustained Brexit uncertainty and a weak economic backdrop.

Nevertheless, it believes businesses will be eager to accelerate marketing efforts once uncertainty has cleared, and subsequently sees 2020 onwards being more positive on the adspend front. It expects growth of 1.8 per cent in 2020, followed by stronger rates of increase in 2021 (2.0 per cent), 2022 (2.2 per cent) and 2023 (3.1 per cent).

Commenting on the latest survey: Paul Bainsfair, director general, IPA: “It’s a false economy to cut one’s ad budget when things look uncertain. The evidence shows that far from being prudent, it can have a negative long-term effect on growth. Companies that hold their nerve consistently, and that invest in the 60:40 ratio of longer-term brand building to shorter-term sales activation, outperform the market.”

Added Joe Hayes, economist at IHS Markit and author of the Bellwether Report: “The latest Bellwether survey spells further disappointment for the UK marketing industry, which is suffering, just like the rest of the economy, as a result of spending delays, firms placing projects on hold and subdued business confidence.

“The UK economy has endured a tough year so far and firms have subsequently withdrawn discretionary spending to protect profit margins.

“Perhaps the most discouraging sign is to see firms sitting on the fence regarding main media advertising, which is a vital form of long-term brand building, following resilient budget growth in the two previous quarters. Overall, as long as political and economic uncertainties remain at large, it will be surprising to see noteworthy boosts to marketing spending.”

Guy Vickerstaff, creative director, The&Partnership Edinburgh and IPA chair for Scotland: “An uncertain year for the economy stumbles along and unsurprisingly business confidence is subdued across the UK.

“This caution has impacted traditional or main media advertising with spend flatlining after signs of growth in Q1 and Q2. A rather disappointing sign in what is a vital aspect of long-term brand building. One hopes that Q4 shows more encouraging signs as we head into the forecast improvements of 2020.”

For additional information, please purchase the full report which also has content detailing threats and opportunities facing marketers and their companies over the coming 12 months. The report also includes charts comparing business confidence amongst survey panellists to wider economic output, which depicts how views on financial prospects are a function of the current business environment.

The Bellwether is based on a questionnaire survey of around 300 UK-based companies that provide regular quarterly information on trends in their marketing activities. The survey panel has been carefully selected to ensure that the survey data provide an accurate indication of actual marketing trends in the whole economy.

Participating companies therefore include a broad variety of advertisers in terms of market sector and geographical location. The survey panel has been recruited from the nation’s top 1,000 companies.