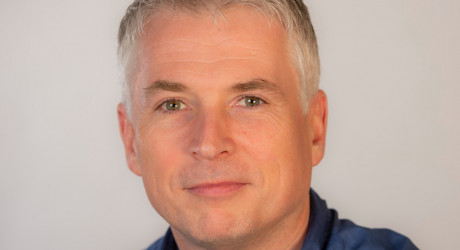 Highly-regarded as both a content maker and commissioner, and currently head of Multi-Platform Commissioning for BBC Scotland, Steve will replace Donalda MacKinnon when she steps down as the corporation’s senior figure in Scotland later this year.

In his new position, he will be responsible for leading the 1,100-strong BBC Scotland staff across 13 centres who produce content in both English and Gaelic across a range of services for TV, radio and digital platforms.

Tony Hall, Director-General, says: “I’m delighted to see Steve appointed to this important role. He brings with him a combination of excellence in programme making, leadership and the respect and trust of the staff. Steve set up the BBC Scotland Channel brilliantly and I wish him every success in the future.”

Ken MacQuarrie, Director, BBC Nations & Regions, says: “Steve has a wealth of experience from across the broadcasting industry and is hugely respected inside and outside the organisation. A passionate advocate of ambitious quality-programming, Steve has an inspirational and exciting vision for the BBC in Scotland and I know he will embrace the opportunities and challenges that lie ahead.”

Steve Carson says: “I’m honoured and excited to have this opportunity to lead BBC Scotland, a vital public service at the heart of the country’s vibrant creative sector.

“I’ve got a very hard act to follow in Donalda MacKinnon, an inspirational creative leader who has overseen a significant investment for Scotland including a new channel, the establishment of an advanced technology hub and an enhanced newsroom at a time of budget challenges for the BBC.

“Working with a talented BBC team and in partnership with the wider creative sector, I’m looking forward to supporting programme makers to make great content that reflects Scotland’s diversity and which can educate, inform and entertain all our audiences.”

In a note to staff, Carson told them why he is proud to work for BBC and optimistic for the future.

“Our work touches the lives of almost everyone around us. We can help audiences make sense of a changing and challenging world, we can bring people together over shared interests – from sport to the arts – or we can just offer people a laugh at the end of a long day or a busy week.”

Born and brought up in Northern Ireland where his late father Tom was a respected journalist on The Belfast Telegraph, Steve graduated from Manchester University before joining the BBC in a variety of roles; progressing from Youth and Entertainment Features and then becoming a producer/director on BBC flagship current affairs programmes Newsnight, Spotlight and Panorama.

He returned to Ireland in 1997 and later established the independent production company, Mint Productions, which supplied the major broadcasters in the UK and Ireland.

His awards as a programme-maker include those from the Royal Television Society and the Irish Film and Television Academy.

In February 2009, he was appointed as director of Programmes, RTÉ Television, where he commissioned in-house and independently made content across all non-News and sport genres on RTE One and Two and then re-joined the BBC in 2013 as head of BBC Northern Ireland Productions.

He took up his current role three years ago which included launching the Corporation’s new TV channel, BBC Scotland. Amongst his commissioning credits for the channel were award-winning series, Yes No: Inside The Indyref, Children of the Devolution, landmark drama Guilt, the popular documentaries Inside Central Station and Murder Case and Billy and Me, while he recently helped negotiate the deal to
bring top flight Scottish football highlights back to our screens on Saturday evenings on Sportscene.

A former vice-president of the European Broadcasting Union’s Television Committee and chair of the RTS Northern Ireland, he is married to broadcaster, Miriam O’Callaghan.

He will take up his new role in the autumn.