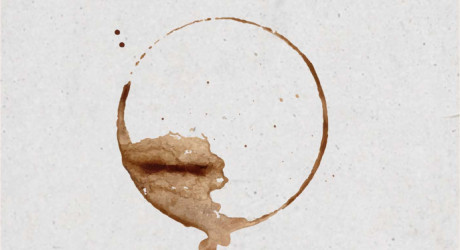 A COLLECTION of lost recording sessions – featuring tracks from a sample of the most talented indie bands gigging across Scotland in the early ’90s – is finally set for its well-overdue release.

It may have taken 30 years, but the recently-recovered and now digitally-remastered compilation album – called ‘The Lost Café Sessions’ – will be launched across all major streaming platforms later this month, on the 22nd of October 2020.

Originally recorded at The Sound Café Studios, near Edinburgh in 1991, the project was conceived by two aspiring music entrepreneurs from Fife – Jim Russell and Ian Harrower – and the album was planned as an expansion of their then student music promotions company called Smithfield Entertainments.

Beset by challenges and lack of funding, their ambitions to complete the CD release of the album back in the autumn of 1991 were abandoned.

Over the years, the master tapes were misplaced, eventually lost and the recordings, along with the duo’s dreams to launch an indie record label, faded to memories.

Early, during the lockdown in 2020, however, a copy or the original master tapes tuned up, recovered by the former studio owner and sound engineer, Dave Gray, and lurking in a cardboard box at the bottom of a dusty storage cupboard in his home.

And so, at a time of COVID, and with musicians across the country stuck at home, the boys began rekindling old friendships and connections and gaining permission from the copyright holders now scattered across the globe to upload those lost sessions.

The lost Café Sessions will now appear on iTunes and Spotify and most of the digital streaming platforms from the 22ndOctober.

The album is also available on the favoured platform of many musicians – Bandcamp – where people can make a direct donation to the album’s dedicated charity partner, Siblings Reunited (SC043937).

Jim Russell, who for many years has worked in the scientific software industry, commented: “Sadly, we have learned that a few of the musicians involved in the original recordings are no longer with us.

“Part of the motivation, then, to complete the album launch that we first imagined all those years ago was to pay a wee tribute to them and remembering their boundless youthful ambition, creativity and talent.”

Ian Harrower, who works in festival and event management, commented: “It’s been brilliant catching up and making contact with all those folks that we used to organise gigs and tours with.

“Each of the tracks still sound strong to us and even though we have been listening now with ears that have matured over 30 years. We hope people will enjoy reconnecting with bands that they may have followed or enjoying a wee musical trip down memory lane remembering live music venues, live music in pubs and the sounds of the music scene in Scotland across the 1990’s.”

A podcast produced by Jim’s son, Liam Russell, currently studying an MA in Radio, Audio and Podcasting at Sunderland University – and featuring interviews with many of the musicians who were involved – has also been recorded and will be released along with the album on release day, 22 October.

MEDIA RELEASE issued by Ian Harrower. You too can share your stories (aka press or media releases), on this site. Email here for more information.