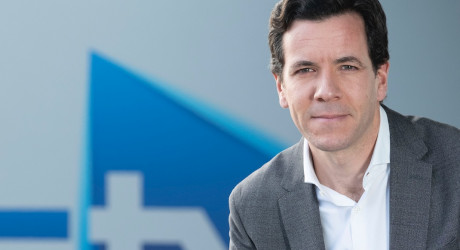 TODAY, STV’s chief executive, Simon Pitts, outlined his views on the future of Public Service Broadcasting, stating that this year’s record audience levels demonstrate a very strong case for the continuation of PSB, but that there is a need to change the regulatory regime in order to safeguard the benefits of the UK’s broadcast regime for the future.

In an interview with Krishnan Guru-Murthy, broadcast online as part of Ofcom’s Small Screen Big Debate campaign, Pitts pointed to the importance of regulation that safeguards high-quality, impartial, universally-available Scottish journalism; that creates stimulus for production in the nations and regions and delivers a level regulatory playing field with online; and crucially, the need for legislation that ensures public service content is easy for consumers to find across new connected TV platforms.

Pitts suggested that the role of PSB has been strengthened through the Covid pandemic as people have sought trusted facts and information as well as big entertainment and drama shows that have brought people together and provided some much-needed light relief.

He said: “The bond with our audience and the role of public service broadcasting has been reinforced these past six months – whether that’s through high-quality news, in our case Scottish journalism, which has attracted huge audiences; big unifying moments such as drama or entertainment; our contribution to the creative economy through investment in UK original TV production; or the social impact of PSBs where we have used the power of TV to do good things and effect change, such as supporting 400 local charities in the last six months or doubling our Growth Fund for local SMEs. The PSB regime guarantees that these things happen and the audiences are certainly there in large numbers.”

STV’s chief executive argues that public service broadcasters like STV have a sustainable long-term commercial model and a distinct role versus the global streamers.

He continued: “Of the ten biggest commercial channels in Scotland, we’re bigger than the other
nine put together, but the important thing is that we’re not just a broadcaster; we are in equal measure a digital streamer and a producer. We must break out of Scotland whilst remaining proud of our heritage, using digital to reach the whole of the UK’s 25 million households and, as a producer, we need to make world-class shows for UK and international audiences and there’s no reason why a small player can’t do that – we already are.

“We’re also doing something different to the big streaming services. We’re unashamedly about the UK and about Scotland, and we’re free.”

Pitts also put forward a strong argument for new measures to ensure the geographical diversity of production, to help the creative economies of the nations and regions thrive and ensure representation on screen. He states that the PSBs are responsible for the vast majority of investment across the UK and that they keep the production sector thriving.

“The UK’s creative industries are a big success story and second only to Hollywood in terms of scale and impact but I worry that without stimulus measures to support a diverse range of broadcasting and production in the nations and regions we won’t fulfil our proper potential.”

Expanding on the interview, Pitts suggests an extension to the successful tax relief for high-end drama to all unscripted productions made in the nations and regions is considered as part of the forthcoming review of public service broadcasting.

“The high-end tax relief for drama has been a clear success, creating significant economic value, large numbers of new jobs and inward investment from outside the UK. Expanding this regime to unscripted productions, particularly those made in the nations and regions, would boost the production and local creative economies across the UK when they need it most.”

“As the global platforms continue to grow, the risk is that they preserve the prominent positions on their front pages for either their own content, or the global brands that pay the most. Without regulatory intervention, the PSBs risk getting buried and becoming less relevant. There’s no point debating the future of PSB if you don’t also ensure that public service content and journalism can be found on these global platforms.”