Media release: An Tobar on the Isle of Mull launches a new film studio to record music for broadcast 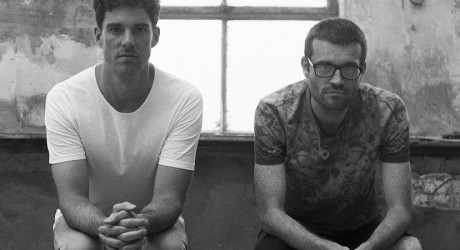 AS a result of the current pandemic, a film studio for recording music performances has been set up in An Tobar, with the cameras being remotely controlled, recorded, and edited by operators in Perth and Linlithgow, without having to step foot in the venue.

Over the winter, Music For Winter Solitude, a series of music performances are being created with the first release by Whyte going out live on An Tobar’s Facebook page, Vimeo, and YouTube channels, on Thursday 3 December at 8pm.

For nearly 25 years, An Tobar has welcomed many great musicians to its tiny venue in Tobermory on the Isle of Mull.

With music from all genres, it has enjoyed concerts by Laura Marling with the singer saying that ‘An Tobar was her favourite venue’, John Renbourn, Amy MacDonald, Frightened Rabbit, The Scottish Ensemble, Tommy Smith, Dougie MacLean, Idlewild, Phil Cunningham & Aly Bain, Karen Matheson, British Sea Power and many more.

2020 was looking to be a good year for the venue, having won the ‘Venue of the Year’ award at the Scottish Traditional Music Awards and a great programme had been lined up to celebrate this accolade. Then Covid-19 hit, and everything stopped. After a month, it became clear it was going to be some time before gigs were possible in the way they had been before.

Gordon Maclean, director of Music, had an initial plan to aim for a period of documentation with musicians still being allowed to work in isolation at An Tobar.

The venue has a long history of producing remarkable records and the studio has always worked alongside the performance season. He thought, maybe it could film musicians working in the studio and sought advice from Gary Ebdy, a lighting designer for concerts and live events and Dr Tom Spink, a senior researcher in Computing Systems Architecture at the University of Edinburgh.

Gordon Maclean, director of Music at An Tobar said: “Having worked with Gary Ebdy from Lunas Live in the past, I was looking for some advice about setting things up and our conversation took a creative path until we arrived at the current set up where we use five remote-controlled cameras to record an in-studio performance.

“I’m upstairs in the studio control room and the band is in the live room so our interaction is minimal. Gary, Tom, and I complete most of the setup before the musicians arrive. The musicians live in local holiday houses in isolation and contact between them and local people is virtually non-existent. We all felt it was vital that musicians should feel safe working here and that the Mull population would feel safe having them on the island.”

He added: “This production facility has been made possible through generous support from Creative Scotland who have invested in their portfolio organisations to allow them to rethink how they produce work in a world with no audience. With the arts in a precarious situation, we are so grateful that it has allowed us to create opportunities for self-employed artists and crews.”

The design needed to be a robust system that worked within the constraints of the available broadband connection at the venue.

This involved developing an architecture that allowed access to the cameras and recording equipment remotely, and reliably – should they encounter connection issues. The system communicates with a cloud server down in London, which then relays information back to its operating locations in Perth and Linlithgow.

From there, they can watch live camera feeds, and adjust camera positions by sending commands back to Mull (again, via London). Effectively, when a keyboard button is pressed, the signal travels down to London, back up to Mull, and into their operating equipment – all in the blink of an eye!

The communication needs to be super-low latency so that they can effectively operate the camera equipment, and observe what’s going on. They’ve had to build on several technologies – from camera hardware, through to low-latency networking protocols to bring this together.

This new digital format will result in the following performances:

Thursday 17 December, 8pm: Duncan Chisholm (PAY WHAT YOU CAN)

Thursday 7 January, 8pm: Rachel Jack with her band (PAY WHAT YOU CAN)

Thursday 21 January, 8pm: Pete Harvey and the Pumpkinseeds String Quartet performing a new piece commissioned by An Tobar (PAY WHAT YOU CAN)

Thursday 4 February, 8pm: Roddy Woomble (PAY WHAT YOU CAN)

WHɎTE’s unique blend of electronica and Gaelic song has been winning them plaudits at home and abroad since the band formed in 2016. The duo comprises electronic composer, musician, and Scottish Album of the Year (longlisted) Ross Whyte (Aberdeenshire) and Gaelic singer, songwriter, and twice-nominated Hands Up for Trad Gaelic Singer of the Year Alasdair C. Whyte (Isle of Mull).

An Tobar & Mull Theatre is a multi-artform organisation producing and commissioning new work across theatre, visual arts, and music, touring across Scotland and the UK and presenting incoming shows in two beautiful venues on the Isle of Mull.

Further information about its Digital Stage and the upcoming season will be available on its social media channels and website.