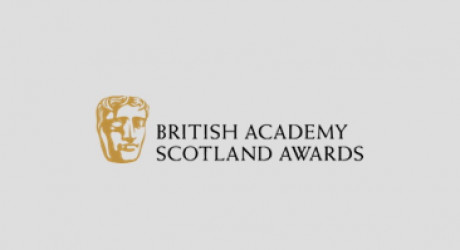 THE British Academy of Film and Television Arts in Scotland (BAFTA Scotland) announced the winners of this year’s British Academy Scotland Awards during a special digital ceremony hosted by Edith Bowman.

The highlights from tonight’s British Academy Scotland Awards include:

* Outlander was the recipient of the Audience Award, in partnership with Screen Scotland, voted for by the British public

Joining Edith Bowman on the night to present the awards, which celebrated the very best in film, games and television produced over the last year in Scotland, was Sanjeev Kohli, alongside a number of guest presenters including Janey Godley; Julia Brown, Lorn Macdonald, Richard Rankin and Shereen Nanjiani.

Phyliss Ironside said: “Thank you BAFTA Scotland, this is fantastic.  I am really pleased and honoured to receive this award, as it recognises not just me, but the craft of editing.”

Speaking from his home in London, Stanley Baxter said: “I don’t think I could have been anything else but a performer. I was so rotten at everything else I tried to do. Normally at school, you know you find out there, what you have a talent for, and it turned out I had no talent at all, but really it gave me all my interest with showbusiness interest. And that was true all of my life. Thank you, BAFTA Scotland, for this honour I’m very, very pleased. Thanks a lot.”

Billy Connolly said: “Hello Stanley! Billy Connolly here. Hoping that you’re nervous. I’m hoping you’re a wreck sitting in your seat, feeling like hell. I know that you don’t like this kind of thing, but you deserve it. Nobody deserves it more. The work you put in in the 60’s and 70’s it stands on its own. You’re a marvel and you’ve got beautiful legs.”

Alan Cumming, said: ”I really do think that Stanley has – inadvertently probably – given me the sort of outlook I have on acting and writing and everything I do really, because so many of the things he was parodying, those sketches and big musical numbers and everything I saw as a little boy, I was seeing his parodies of them before I’d seen the original things. So, my whole way that I look at life, is that I’m looking for the parody even though it hasn’t been parodied yet, and I’m really, really grateful to Stanley for his work having enthused me with it.”

The British Academy Scotland Awards were streamed live across BAFTA channels, with a special highlights programme on BBC Scotland, which is now available on the BBC iPlayer.

Jude MacLaverty, director of BAFTA Scotland, said: “This year has been an incredibly challenging one for the industry, and of course beyond, so we are absolutely delighted to have been able to recognise the achievements of the very best creative talent in Scotland across the film, games and Television industries, in some way this year.

“Although our Awards had to take a different format this year, it has been a brilliant evening, and we would like to thank our incredible hosts, guest presenters and wonderful partners for helping us deliver such a brilliant show during these difficult times. It really has been absolutely fantastic to celebrate the inspiring work that’s being produced in Scotland over the past year, and we would like to offer our warmest congratulations and raise a virtual glass to all our worthy winners and nominees.”

Photography is available at www.bafta.thirdlight.com

**PAUL LAVERTY Sorry We Missed You

The British Academy of Film and Television Arts (BAFTA) is a world-leading independent arts charity that brings the very best work in film, games and television to public attention and supports the growth of creative talent in the UK and internationally. Through its awards ceremonies and year-round programme of learning events and initiatives – which includes workshops, masterclasses, scholarships, lectures and mentoring schemes in the UK, USA and Asia – BAFTA identifies and celebrates excellence, discovers, inspires and nurtures new talent, and enables learning and creative collaboration. For advice and inspiration from the best creative minds working in film, games and television, visitwww.bafta.org/guru . For more, visit www.bafta.org .