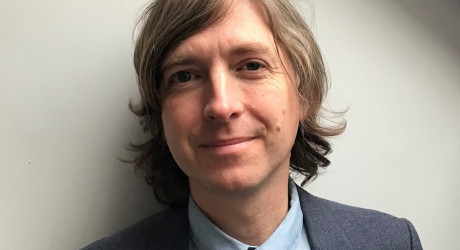 DC Thomson Media is pleased to announce that Andy Philip will be joining the business as political editor at The Press and Journal newspaper.

The announcement comes as The Courier and The Press and Journal have set out an ambitious and radical restructure that will better serve their audiences online, hiring up to 20 new staff as part of its ‘digital newsroom transformation programme’.

Andy joins the business from his role as live politics editor at the Daily Record. As a trusted senior journalist, Andy has an extensive multimedia experience covering UK and Scottish politics.

Andy’s appointment is part of the ‘Apollo’ transformation programme currently being undertaken by DC Thomson Media. The programme will see the business transform to better serve communities with compelling, relevant content – digitally and in print.

The programme will see both The Courier and The Press and Journal combining the firepower of their political journalists to create one of the biggest politics teams in Scotland, covering the most important matters across Holyrood, Westminster and locally across the north and east.

Frank O’Donnell, editor-in-chief of The Press and Journal, said: “To attract a journalist of Andy’s calibre shows how serious we are in transforming our newsrooms digitally and finding the best people to take us forward.

“We have freed our politics team from the rhythms of print and already this has resulted in more ambitious and eye-catching content that is driving new subscribers. Andy’s appointment will only add this to this process and I am personally delighted that he will be part of the growing team.”

Andy’s role as P&J political editor will see him take a lead on key issues across the title’s readership as well as working closely on national politics stories, particularly in this election year at Holyrood. His appointment follows that of new group head of politics, David Mac Dougall, who has joined DC Thomson Media from Finland.

Andy was a reporter at the P&J 13 years ago before moving on to other roles, including the Press Association and the Daily Record.

Speaking about his new role, Andy Philip said: “There’s so much scope to cover the big stories in new ways at DC Thomson Media which can only be good for journalism and the communities these papers serve.

“It’s a great time to be joining an excellent team with a fresh outlook. I can’t wait to get stuck into the job as political editor at the P&J – a paper I’m delighted to be returning to.”

The Apollo transformation programme and restructure has been instrumental in attracting David Clegg – also from the Daily Record as former political editor – to take over as editor of The Courier, while Frank O’Donnell – a former director of Digital Content at JPIMedia and editor of The Scotsman – joined The Press and Journal last May.