Media release: Beechgrove and Landward to ‘Cross the Pond’ in deal with streaming service 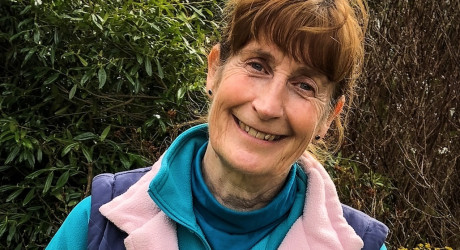 BBC Scotland series, Beechgrove and Landward, are branching out to North America.

BritBox North America has snapped up the rights to show the BBC Scotland gardening
series, and also its countryside magazine series, Landward, for 2021.

The two series will be available to view to BritBox subscribers in the USA and Canada shortly after they have aired to viewers in Scotland.

Both series have been well-loved staples of the TV schedules in Scotland since the late ’70s and, in recent years, have also been shown on network BBC Two on Sunday mornings. But this will be the first time they have been screened for viewers outside the UK.

It will be shown first on Thursdays on the BBC Scotland channel, then on BBC Two across the UK on Sunday mornings, and then each episode will also be screened on BritBox North America.

Landward will start its run on April 15, with presenters Dougie Vipond, Arlene Stuart, Anne Lundon and Euan Mcilwraith, screening across the spring on the BBC Scotland channel on Thursday nights, before its screening on BBC One Scotland on Fridays, network BBC Two on Sundays and then its North American screening.

Landward is produced by BBC Studios, Factual in Aberdeen. Beechgrove is made by independent production company, Tern TV, from their offices and purpose-built studio garden in Aberdeen.

Louise Thornton, BBC Scotland’s head of Commissioning, said: “Both Beechgrove and Landward have been loved by the Scottish audience for decades and, now, viewers across
Canada and the USA are going to be able to enjoy their expertise in Scottish flora, fields, foodstuffs and fauna.

“During the pandemic, many people have woken up to the intrinsic value of nature and gardens to our lives and it is lovely to know programmes, which certainly provided a haven for our viewers during last year, are now going to be enjoyed on an international scale.”

Emily Powers, head of BritBox North America, said: “Our community will appreciate this window into Scotland, especially as spring has arrived and the interest in gardening only continues to grow.”

As with last year, Beechgrove will feature reports from the presenters’ own gardens but there will also be a return to the actual Beechgrove Garden on the outskirts of Aberdeen to view its reclamation from nature after being furloughed in 2020, as well as a wide range of features from allotments to indoor plants, and showcasing a variety of gardens throughout Scotland.

Landward is a magazine show which celebrates everything to do with the Scottish outdoors from farming to environmental stories including heritage and social history. The series shows how Scottish food is produced and celebrates the glory of the beautiful countryside.