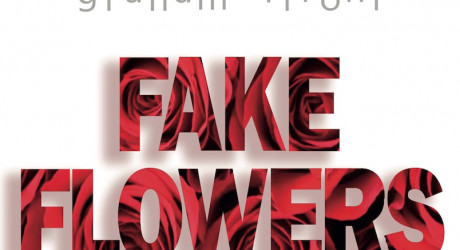 A fast-paced caper with a surreal slant pausing only to ponder the blurred boundaries between forgery and faithfulness, Fake Flowers is a reporter’s account of his entanglement in twin terrorist threats aimed at Faslane nuclear submarine base and the Edinburgh Military Tattoo during the world’s biggest arts festival.

Author and Liquorice Media co-founder, Mr Lironi, said: “While Fake Flowers reprises one or two characters and locations that will be familiar to readers of Oh Marina Girl, it is a standalone novel rather than a sequel or part of an ongoing series. That said, I do feel that the murky world of The Amino is ripe for further exploration.”

Founded last year by Ian Spring and Ruby McCann, Perth-based Rymour Books was recently chosen as a Country Finalist for the British Book Awards Small Press of the Year award.

Commenting on the launch of Fake Flowers, Dr Spring said: “We are committed to publishing innovative and exciting new Scottish fiction and are delighted to welcome Graham to our list.”

In addition to Fake Flowers and Oh Marina Girl, Mr Lironi’s previous novels are Candyfloss Martyrs and The Bowels of Christ.

He has been described as ‘an impressively talented cult author’, ‘an intelligent, original and disturbing new voice in Scottish fiction’, ‘the new bad boy of Scottish fiction’ and ‘a writer with a truly promising future’.

With a publication date of 30th April 2021, Fake Flowers can be pre-ordered here: https://www.rymour.co.uk/lironi.html

MEDIA RELEASE issued by Liquorice Media. You too can share your stories (aka press or media releases), on this site. Email here for more information.