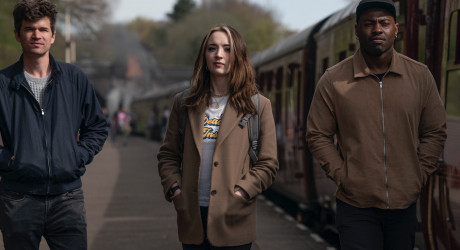 The 6×60′ series will see comics Fern Brady, Darren Harriott and Ivo Graham travelling across the nation discovering and interrogating the stereotypes and traditions that make up British life today and, in the process, creating their very own ‘brutally honest’ guide to the UK.

British As Folk is commissioned for UKTV by Mark Iddon, commissioning editor, and ordered by Steve North, genre general manager, Comedy and Entertainment.

The series is executive produced for STV Studios by Rosy Marshall-McCrae, with Alex Gilman as series producer and Marcus Liversedge as series director.

British As Folk will air on Dave later this year.

Craig Hunter, creative director, Factual at STV Studios, said: “As fearless young comedians, Fern, Ivo and Darren are all too aware of the labels placed on them and the labels they can place on others.

“They’re the perfect trio to explore why British culture is entrenched in stereotypes, and if these age-old perceptions are still relevant in 2021. British As Folk is a deep dive into what it means to be British in these remarkable times, and we’re delighted to be bringing the series to Dave, undoubtedly its natural home.”

Mark Iddon, commissioning editor, UKTV, said: “I’m really excited to see what these three uncover on their journey. They have such great chemistry together and I can’t think of a better ensemble to be taking on what makes us British As Folk.”