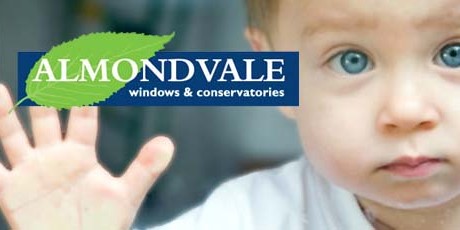 Says a spokesperson: “Homeowners, developers and builders can lend support the campaign and its guidelines by choosing Grade A British Fenestration Registration Council (BFRC) rated ‘excellent’, fully-reinforced PVC-u glazing systems to improve the energy efficiency of the home and reduce both energy consumption and fuel bills this autumn and winter.

“One of the fundamental elements of the Energy Saving Week campaign is the promotion of energy-efficient products such as BFRC-rated glazing systems which help contain and conserve heat within a building in the winter, minimise draughts, resist condensation and contribute to improved sound insulation.

“The BFRC suggests that homeowners can expect savings of around £130 on bills annually if an entire house single glazing system is replaced with an Energy Saving Recommended double glazing system.

“If you’re planning to replace windows in your home, make sure you get Energy Saving Trust-recommended double glazing.

“Buying products with this logo means that you’re getting the most energy-efficient products in that range – it’ll make your home that much more comfortable and warm, and it’s going to save you money off your energy bills.”

With increased international political discussion, UK and Scottish government initiatives and commitments, together with recent EU directives, it is clear that the issue of energy efficiency is intrinsic to the future of the UK’s economy and environment, thus heightening the relevance of Energy Saving Week.

The Scottish government has pledged its commitment to the control of climate change and energy efficiency. During his closing speech to the Low Carbon Investment Conference on 26 September 2010, Rt Hon Alex Salmond MSP confirmed the possible benefits of increased energy efficiency for homeowners.

“By improving household energy efficiency, people in Scotland could save £8 billion by 2050 from smaller energy bills […] The Committee on Climate Change estimate we could have 150,000 fewer fuel-poor households through improved energy efficiency.” Salmond affirmed.

Says a spokesperson: “According to the Energy Saving Trust, 18 per cent of heat is lost through the glazing systems of homes resulting in an increase in fuel consumption, consequently higher fuel bills and a significantly larger carbon footprint. The negative financial and environmental reactions have been further exacerbated by the harsh winters experienced in the UK over the last few years.

“Following last year’s harsh winter, Tony Tester, MD of the Edinburgh and Lothian-based Almondvale Group, stresses that homes must be equipped with glazing systems which match the requirements of the local climate.

“Tester advises home owners to take on board the reminder set by the Energy Saving Week Campaign and prepare for the seasonal drop in temperature by installing technically advanced windows and doors which are rated ‘excellent’ by the BFRC according to their thermal energy efficiency and draft exclusion properties.

“Tester encourages UK homeowners to heed the product advice of the BFRC while embracing the theme of this year’s Energy Saving Week: ‘Control’.

“The Energy Saving Week is a campaign fundamental to the future of the UK. By following the guidelines and advice set by the Energy Saving Trust, homeowners are able to take control of their energy consumption and make decisions regarding their home which will increase energy efficiency and reduce fuel bills as a result.”

Furthermore, by switching to a lower consumption of artificial heating, or maintaining at a lower temperature as a result of using coated low emissivity glass which reflects heat back into the home, the amount of fossil fuels required to heat the home is reduced, thus improving a home owner’s carbon footprint.

There really is no question when discussing the benefits of supporting the Energy Saving Trust’s endeavours to encourage people to embrace the Energy Saving Week’s message and seriously consider the energy efficiency of products and glazing systems installed in the home.”