Media Release: The return of the Lejeunes – Belgian brothers back at Scottish Six Days Trial 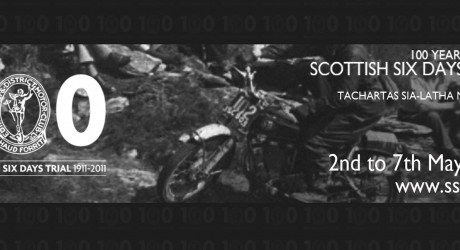 AMONG the many famous names competing in the 100th Scottish Six Days Trial (SSDT), being staged in Lochaber in early May, are three brothers whose return will make this year’s legendary motorcycle endurance trials event even more special.

Triple FIM Trial World Champion and trials legend, Eddy Lejeune, will be joined by his well-known brothers Eric and Jean-Marie as the Belgian trio are set to be reunited with the Scottish Highlands after an extended absence.

Fittingly Eddy will celebrate his 50th birthday just one month before the world’s oldest-surviving motorbike trial competition enjoys its 100th anniversary, as he returns for the first time since the mid-1980’s.

Although Eddy remains one of only seven riders to have ever won more than one Trial World Championship title, the spectacle-wearing multi-champion never actually managed to win the SSDT, with fourth place being his best finish in 1986.

An incredibly happy Eric Lejeune was eager to explain more about the brother’s forthcoming Scottish adventure.

He said: “It has been a long road back for Eddy since he had the big road crash back in 1998 and trials has been an important part of his recovery. To see his face when I showed him this year’s Scottish [SSDT] entry list was a special moment for him and our family. This is really a dream that has come true for us three brothers.”

Eddy’s older brother, Jean-Marie, who is now 61 years-old, has only competed in the SSDT on one previous occasion way back in 1975.

Jean-Marie will face a huge challenge to record a finish alongside his two younger siblings, which is the Lejeune’s main goal this time around.

At 45 years-old Eric, maybe the youngest of this much loved trials trio, but has faced his own battle to be ready for May’s event.

Having recently undergone an operation to reduce the size of his stomach, Eric has shed an incredible 35 kilos due to a new eating and exercise regime in order to fulfill his own dream to re-visit Fort William as a bona fide competitor.

The return of the Lejeunes to the parc ferme in the West End car park during this special year will be an added bonus for many motorcycle trials fans who flock to this hotspot each spring, and whilst the brothers are not likely to feature at the top end of the leader board no-one should underestimate their passion to succeed.

Back when the Lejeunes were a real force to be reckoned with Eddy, Eric and Jean-Marie recorded a unique feat as all three brothers finished in the top ten at the Belgium GP held at the famous Bilstain venue.

Marking its centenary, the 2011 Scottish Six Days Trial will take place in and around Fort William in the Outdoor Capital of the UK between Monday 2 and Saturday 7 May.

The event actually originated as a five-day reliability trial back in July 1909, before being extended to a six-day competition a year later. However, the start of the Scottish Six Days Trial (SSDT) proper as organised by the then newly-formed Edinburgh and District Motor Club began in 1911.

For more information on the Scottish Six Days Trial go to: http://www.g2fgroup.com/html/ssdt/docs/SSDT100.pdf