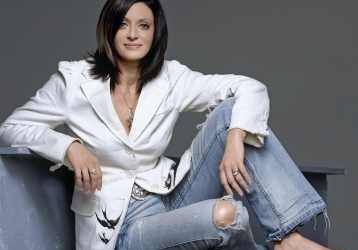 CHARLIE Taylor, three times Scottish Hairdresser of the Year and member of the British Hairdressing Hall of Fame, has been hand-picked by international hair giant, Schwarzkopf, to represent the UK at the forthcoming Eurovision Song Contest in Dusseldorf later this month.

The stylist will fly to Dusseldorf next week to join a team of stylists hand-picked from around the globe by Schwarzkopf to form the official styling team at this year’s Eurovision Song Contest, for which the preliminary rounds start on Tuesday.

The Eurovision Song Contest is one of the longest running television programmes in the world, broadcast across 40 countries in Europe, and watched by 125 million viewers. This year, the contest will take place in Schwarzkopf’s homeland of Germany, following artist Lena’s win last year with the song Satellite.

Charlie commented: “I cannot begin to tell you how excited I am about styling the hair for the Eurovision Song Contest.

“It is a truly great honour to be selected to represent the UK as part of the official styling team – I feel like I’ll definitely be flying the flag for Britain – and Blue most definitely have my vote!”

Organisers have been, understandably, keeping the names of the celebrity clients very strictly under wraps; however, Charlie has already created a short list of celebs she’d definitely like to style.

She said: “Well, my first choice has to be, without a shadow of a doubt, the Irish twins Jedward. They already have iconic hairstyles but, in my opinion, there’s so much more they could do with their hair. I’d love to get involved with developing their whole style.

“And, I’ve had a look through all the photos, and the act that intrigues me most is the Portuguese entry Homes da Luta who appear to be sporting a look that is a cross between the Village People and the best of the 1970s TV shows!

“I think I could work wonders with them!”

It is no surprise that Charlie is very much hoping to tame the tresses of UK hopefuls, Blue, but won’t know if she’s got the top honour until much later in the week.

She firmly believes her styling efforts will make the difference between a win or lose for the UK, who has failed to sparkle at Eurovision in recent years.

“You never know, I could be their lucky charm!,” said Charlie. “The right look can make all the difference to how you are perceived. I’ve seen Blue in concert so I know they’ve already got the musical talent to win, we just need to make sure they all look great on the night so they can pick up those 12 points from all the voting countries around Europe.”

Charlie, originally from Newport on Tay in Fife, has salons in St Andrews, Dundee, Perth & Bridge of Allan and is well used to taming the tresses of the rich and famous.