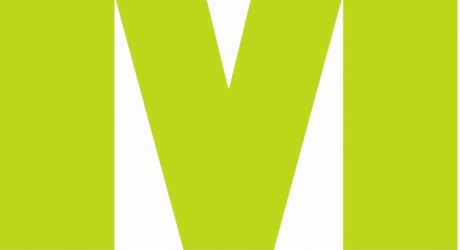 RISING confidence and increased investment in the oil and gas sector has been severely undermined by the UK Government’s sudden Budget tax grab in March, reveals the 14th Aberdeen & Grampian Chamber of Commerce Oil and Gas Survey.

The survey found that the tax changes have raised many serious concerns as to current investment plans and the potentially changed value of North Sea assets.

This has arguably made the North Sea less competitive and more marginal which will lead to less investment and a reduction in drilling activity and production.

The survey, sponsored by national law firm McGrigors and conducted by the Fraser of Allander Institute, is the 14th in the survey series and draws on responses from oil and gas operators and contractors to identify current trends, investment, research and development, exploration and employment.

The findings are used to identify how the performance of this sector might impact on the wider business community.

Data was being gathered when the Chancellor made his shock announcement and a number of respondents had completed and returned their questionnaires.

In marked contrast those returning surveys after the announcement tended to be less optimistic about the future.

The majority of operators reported rising exploration and development activity in 2010 and expect these trends to continue through 2011 although they are now re-assessing future projects.

A large number of both operators and contractors reported rising trends in employment in 2010 and anticipate increasing trends in 2011.

Robert Collier, chief executive of Aberdeen & Grampian Chamber of Commerce, said: “This survey has come at a critical time for the oil and gas sector in this region.

“Until recently there were consistent signs of recovery and optimism, together with a developing upturn in investment.

“The sector had more confidence about the future potential until the March Budget put this optimism in doubt by introducing the tax changes without consultation. Trust between the industry and government is now at an all-time low.

“Our findings show that current business optimism is higher in the UKCS than the last survey, but this is a lagging indicator.

“The forward indicator of business optimism in the UKCS over the next year shows a drop in confidence which is a clearer representation of what the industry is expecting.”

Bob Ruddiman, McGrigors’ head of Energy, said: “This is the first empirical data I have seen to demonstrate the very tangible damage which the Westminster Government’s so-called ‘tax raid’ has had upon investor confidence around the North Sea.

“The research clearly highlights the divergence in attitude between respondents who completed the survey before and after the changes were announced. There is a clear appetite for investment but new markets seem increasingly attractive.

“We can only hope that, although the Westminster government retains control over UK oil and gas rights, the First Minister-elect Alex Salmond will stick to his pledge to ‘batter down the door of Chancellor George Osborne’ and put this at the top of the new administration’s agenda during any negotiations with Whitehall.

“This survey does however highlight the areas in which there is considerable confidence and the industry has proved in the past that it is resilient and will survive unexpected events.

“The challenge for the industry is to rebuild confidence and to continue to demonstrate our world class capability on the world stage.”

The key findings from this 14th survey are:

Full report: A copy of the full report can be seen on the Aberdeen & Grampian Chamber of Commerce website at www.agcc.co.uk/ogs