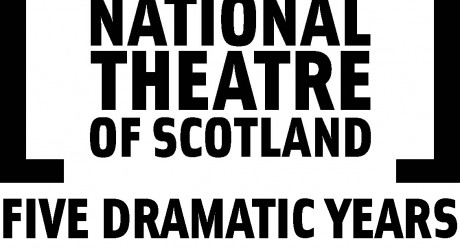 TODAY, Monday 16th May, 2011, the National Theatre of Scotland is delighted to announce that theatre maker, Catriona Lexy Campbell has been appointed the company’s first Gaelic associate artist.

In her new role, Catriona will work with the National Theatre of Scotland to support the company’s artistic planning, inform the development of its Gaelic strategy and develop new personal artistic projects.

Commenting on her appointment, Catriona said: “I am very pleased to be working with the National Theatre of Scotland as their first-ever Gaelic associate artist. This is a great opportunity, not only for myself but also, for the Gaelic arts community to join with National Theatre of Scotland in forming strong partnerships, enhancing existing connections and bringing Gaelic theatre into an exciting new domain.

“I am delighted to be involved at the outset and hope this will be the beginning of an ongoing and mutually beneficial relationship.”

Writer, actor and theatre maker, Catriona began her career as Gaelic drama artist for Skye, Lochalsh and Lochaber with Eden Court Theatre and continues to work extensively within the Gaelic creative arts community.

She has won international awards for her poetry; featured at many of Scotland’s literary events and festivals including Wigtown Book Festival, Stanza and Word.

She has published a novel and a book of short stories and has recently been commissioned by the Scottish Palywrights Society, to write a new play in association  with Theatre Hebrides.

Vicky Featherstone, artistic director, National Theatre of Scotland, explained: “After five exciting years building the company and a body of work and forging links with artists and companies across the country, we are now looking to engage with artists and communities who we want to be represented more fully in our programme.”

She continued: “We are actively seeking ways to build strong connections with the Gaelic artistic community in particular to uncover the rich seam of talent that exists in Scotland. The calibre of candidate for the role of Gaelic associate was very high and we are looking forward to forging new relationships with many of the artists who applied.”

In conclusion, she said: “In this particular instance, we believe that placing a Gaelic artist at the heart of our artistic planning and development, and every day working lives, will generate the most significant change and lasting impact for the company and wider theatrical and Gaelic communities.”

At the beginning of 2011, the company staged a new play, Somersaults by Gaelic playwright Iain Finlay Macleod, which premiered at the Traverse Theatre, Edinburgh. This commission launched the development programme for Gaelic artists and work at the National Theatre of Scotland.

Somersaults was presented as part of the Company’s five-week Reveal residency at the Traverse Theatre Edinburgh at the beginning of 2011.

The production then toured to the Citizens Theatre, Glasgow, Macphail Theatre, Ullapool and An Lanntair, Stornoway.

The idea for Somersaults originated following discussion between writer, Iain, and Vicky Featherstone, on the decline of the Gaelic language. Iain was awarded a writers attachment with the company in 2009 and was subsequently offered a play-writing commission which led to Somersaults receiving a platform performance during Reveal.

Iain is currently under commission by National Theatre of Scotland to write a second play.  Further details to be announced.

1. The National Theatre of Scotland is supported by the Scottish Government.  Since its launch in February 2006, the National Theatre of Scotland has been involved in creating over 137 productions in 125 different locations. With no building of its own, the company takes theatre all over Scotland and beyond, working with existing and new venues and companies to create and tour theatre of the highest quality. It takes place in the great buildings of Scotland, but also in site-specific locations, airports and tower blocks, community halls and drill halls, ferries and forests. The company has performed to almost 600,000 people, across three continents.

2. For information and updates visit www.nationaltheatrescotland.com and / follow us on twitter.com/NTSonline; facebook.com National Theatre of Scotland and http://www.youtube.com/user/NTSonline