Media Release: Search underway to crown the inspirational and entrepreneurial Businesswoman of the Year 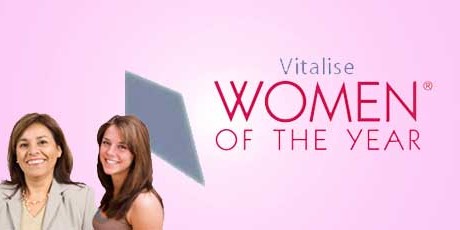 THE Vitalise Women of the Year Luncheon and Awards will be held at the Hilton Birmingham Metropole on Friday, October 14.

Nominations are now open to recognise businesswomen who have shown exceptional ability and achievement as well as being role models.

Around 550 guests attended last year’s glittering awards ceremony and The Woman of Achievement and Woman of Courage awards will also be presented at the prestigious event.

Judy Groves, the awards chair, said the 29th year of the event promised to be another fantastic occasion to celebrate the achievements of women.

“These are the leading awards for businesswomen outside London and I am never failed to be impressed by the standard of women who enter these awards,” she said.

“The nominees are from a wide range of sectors and this is a wonderful opportunity to acknowledge the achievements of women who are continuing to set new benchmarks in leadership and excellence in their organisations.

“In all the categories there are always stories of tremendous achievement, often in the face of adversity, as well as valuable advice from lessons they have learned to build successful companies or overcome barriers to achieve their personal goals.

“These awards are also a great way of raising each company’s and individual’s regional and national profile as well as the opportunity to network with some of the most successful businesswomen in Britain at our awards ceremony.”

The event has raised over £500,000 for official the charity Vitalise which provides short breaks, respite care and other services for disabled people, the visually impaired and carers.

To nominate a candidate, for more information or to book tickets, costing £60, which includes a three-course lunch, log on to http://www.womenoftheyear-uk.com