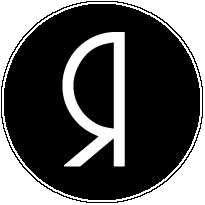 Says a spokesperson: “The project, which will see SourceRail’s cloud-based content monitoring and curation service undergo a rigorous testing phase ahead of its scheduled launch in July, has been designed to ensure the service will have been comprehensively reviewed prior to reaching the open market.

“Under the agreement Revolver will play an active role in the system’s ongoing development – gaining exclusive access to advance features – while the developers will have the opportunity to benchmark their platform’s performance using a raft of live campaigns.”

Say SourceRail managing director, Stephen Sheppard: “Having put a lot of resources into developing the SourceRail service we’re determined to make sure that we get it right first time. We’ve put in place a development strategy that will ensure the system evolves into one of the most comprehensive media monitoring, mapping and measurement tools on the planet. The final piece of the jigsaw was finding the right partner to put it through its paces during live campaign scenarios.

“Revolver PR provides the perfect match. They’re resourceful, dynamic digital natives with a strategic understanding of the media that’s hard to beat, and we’re confident that working with them will help hone the service as we prepare to launch.”

Providing communicators with the ability to source and republish content instantly, SourceRail’s founders intend to unveil phase one of the service this year, before beginning work on a planned series of upgrades. The company acknowledges it is entering a crowded market space, but believes that the combination of a game-changing charging structure and a continually evolving feature set will prove critical.

In a deal brokered by Scottish Enterprise fast-growth account manager, Jim Scott, both Revolver and SourceRail will collaborate throughout the development lifecycle.

Initial testing will focus on resource management however, with the digital PR agency drilling down on the service’s ability to slash the time required to monitor, report upon and republish media coverage.

Says Iain S Bruce, managing director at Revolver PR: “Digital brings many challenges to the communications sector, not least of which is the opportunity to make our working procedures faster, better and more cost effective. As part of our continued mission to create an evolved public relations infrastructure we’ve been looking for the right reporting technology, and are delighted to play our part in the development of a service that promises to deliver real value to our clients.”