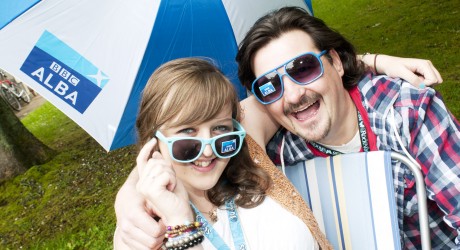 THE much-anticipated Scottish summer music festivals are fast approaching and with RockNess kicking off the season, BBC ALBA is delighted to announce its exclusive television broadcast package which will cover live acts and highlights from this year’s festival.

Live coverage of main stage performances will include sets from Paolo Nutini and Magnetic Man plus highlights throughout the weekend-long festival with coverage of Kasabian, Glasvegas, The Wombats, plus many more.

Two special music programmes coming live from the beautiful banks of Loch Ness will be broadcast on BBC ALBA, each two hours long, during the festival weekend on Saturday 11th June from 9pm till 11pm and Sunday 12th June from 10pm till midnight.

Every household in Scotland will be able to enjoy RockNess 2011 as BBC ALBA will be available on Freeview channel 8 from 8th June. The channel was also recently made available on Virgin Media’s cable channel 188 and is also available on Sky channel 168 and Freesat 110.

Coverage of the festival programmes will also be available to view via the BBC iPlayer.

The festival package will also allow viewers to enjoy some of the acoustic sessions from the various festival stages including the likes of Frightened Rabbit, and sets from talented DJs Annie Mac and Zane Lowe are also in the mix.

RockNess 2011 will be hosted by Andrew Robertson and Emma MacInnes who present the popular music series Rapal, bringing viewers exclusive interviews with some of the top bands and acts featured throughout RockNess 2011.

So for those who aren’t attending the festival in person or for those who want to relive the experience, BBC ALBA’s exclusive and eclectic package is sure to entertain.