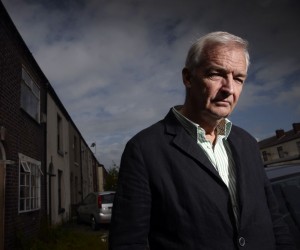 AHEAD of tonight’s Channel 4 Dispatches of Britain’s ‘worst landlords’ (1), new research reveals that two-thirds of people in Scotland want to see better protection for private tenants from bad landlords.

“The YouGov survey shows that over the last ten years around 40,000 private renters in Scotland have experienced problems with their landlords, with 16,000 of these saying that despite raising a problem with their landlord, nothing was done about it.

“And around 3,000 said they were so afraid of the consequences of making a complaint against their landlord, they did nothing at all.

“The chronic shortage of social housing and effects of long-term increases in house prices have seen the private rented sector grow to more than 250,000 tenancies across Scotland.

“Shelter Scotland says politicians need to do more to make sure that existing laws contained in the Private Rented Sector Act are better enforced. This would benefit both tenants and responsible landlords while rooting out rogue landlords and bad practice.”

“People across Scotland shouldn’t have to suffer from the bad practices of a few rogue landlords. Legislation already exists that would help create a bond of trust between landlord and tenant but it is not being enforced across Scotland. Instead, we still have an environment where rogue landlords thrive and vulnerable tenants are exploited.

”That two thirds of people in Scotland have called for better protection from bad landlords is a big wake-up call and politicians need to act urgently.”