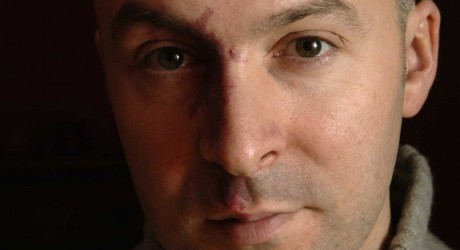 ORGANISERS of the 8th Inverness Book Festival have today unveiled full programme details for this year’s festival. Between Wednesday 10 and Saturday 13 August, Eden Court will play host to a veritable feast of literary personalities, events and entertainment with a distinctly Scottish twist.

Programme strands such as ‘Historic Scotland’ and ‘Local Authors’ will draw together the artistic direction for the event, the last under the present director, Brid McKibben.

Andy Wightman will look at the story of Scotland’s land-grabbing landowners and lawyers (THU 11 AUG).

Black Watch veteran, Tom Renouf, will join Inverness Courier editor, Robert Taylor, for a discussion about the history and tradition of Scotland’s most respected?

Other highlights include Rob Gibson’s examination of the role that the Highland Cowboys played in shaping the culture of North America (WED 10 AUG).

Happily, we’ll be joined by both Gillian Galbraith and Shirley McKay, who will be chatting with Eden Court’s general manager, Paul McLaughlin about their latest works.

There will be a chance for brainiacs to test their knowledge of Scotland, as the Inverness Book Festival quiz turns distinctly Scottish with author John Eunson hosting a quiz based on his book, Caledonia Dreaming.

In addition to ‘on the page’ interest, Eden Court’s Cinema Programmer, Paul Taylor has programmed a special season of ‘Great Adaptations’ of novels which have been notably and successfully translated to the big screen.

Featuring in the Great Adaptations season are The Colour Purple, American Psycho, All The President’s Men, Vertigo, and Les Diaboliques.

The season kicks off on 23 July and runs up to and into this year’s Festival.

There will also be a very special screening of a documentary on the Mills & Boon phenomenon.

The documentary’s director, Julie Moggan, will join romantics of all ages from across the Highlands for a special Q&A session after the screening.

Although outwith the core festival, the opportunity to screen this documentary was too good to miss!

Kids are well looked after at this year’s Inverness Book Festival, with a return visit from the magical Eden Court Planetarium, daily stories and rhymes from the Bookbug Gang, smashing Scottish stories and songs from Sonsie Music, plus Lilian Ross, Kenneth Steven and more.

Closing the festival this year (on the same double-bill) are the author, Christopher Brookmyre, and singer-songwriter, Billy Franks (SAT 13 AUG), who will join forces for an evening of witty repartee, chat, music and song.

The Inverness Book Festival Brochure will be available to pick up or download from Tuesday 11 July 2011. Full details can be found at www.invernessbookfestival.co.uk or www.eden-court.co.uk

The Inverness Book Festival is grateful to sponsors and supporters, The Inverness Courier as the main Event Partner, and local VW dealer HAWCO, who are supplying the official event vehicle. Thanks go also to local booksellers Waterstones and Charles Leakey.