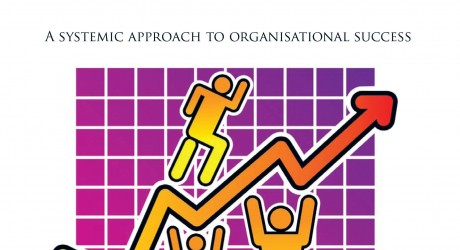 R ALAN Crozier’s new book, The Engagement Manifesto, asserts that many employee engagement initiatives are fundamentally flawed: a claim based on 20-plus years of consulting and research.

R Alan Crozier’s new book, The Engagement Manifesto, is striking a chord, as demonstrated by this review from the internationally-acclaimed expert in the field, Roger D’Aprix (Rochester, NY, USA): “Alan Crozier has written an outstanding book on employee engagement in his ‘manifesto.’

“What makes it so good is his mix of leadership theory and personal practice distilled from years of client experience.

“The Engagement Manifesto is the best book I’ve seen on this vital subject. Buy it and apply its wisdom.”

The Engagement Manifesto shows how to generate real business results from an effective engagement philosophy.

It addresses both the principles and the hands-on practical application, showing both CEOs and HR professionals how to raise and sustain operational performance through employee engagement.

Crozier says: “For longer than I care to remember, annual reports have stated that employees are the organisation’s greatest asset, but their actions did not match their words.

“Employee engagement became a business buzzword, but in the rush to reap the benefits, engagement is often misinterpreted.

This leads to disappointing results. There is a real danger that companies will give up and miss out on major performance benefits.

“For example, I have seen companies measuring employee satisfaction and calling that engagement.

“I have seen three published ‘engagement’ surveys in the past 18 months that only measured communication effectiveness.

“In this book, I show how satisfaction and engagement are different in their antecedents and outcomes, and that communication, while vital and omnipresent, is not the prime driver in this process.”

The Engagement Manifesto is based on practicing the principles with organisations, and testing employee and employer opinion on what works for them.

It is a practical process that can be started at any given point.  It can be followed through to drive real benefits for an organisation.

Crozier has over 30 years experience in advising blue-chip companies in the UK, Europe and the US on employee engagement through business transformation, mergers and acquisitions.

He is also credited with coining the term ‘employer branding’ which took off in HR circles on both sides of the Atlantic.

He is currently a director of The Ghost Partnership in Glasgow serving clients throughout the UK and overseas.

Crozier formed Q4 consulting in 2002 and in 2010 he also became a founding director of The Ghost Partnership, a company formed to bring together the experience, expertise, skills and resources of expert consultants with complementary disciplines in performance through people.

He has recently been appointed to the Government’s Task Force on Employee Engagement set up by the Department for Business Innovation & Skills (BIS) in the aftermath of the report by David MacLeod and Nita Clarke on employee engagement and its benefits for organisations and employees.

He was previously with Watson Wyatt Partners where he was responsible for their strategic communication and employee engagement consulting capability throughout Europe.

From 1989 – 1999, Crozier was deputy practice leader for Mercer’s communication practice in the UK.

He is a Fellow of the Chartered Management Institute, and an Accredited Business Communicator (the professional qualification of the IABC).

Crozier is a contributing author to:

Founded in 2010 by four senior business leaders to offer a systemic approach to employee engagement to facilitate, support, and embed change; and deliver powerful and sustained business performance through people.

The Ghost Partnership use research-based strategies and have proven that their employee engagement methods work to deliver increased and sustained improvements:

The Ghost Partners are: