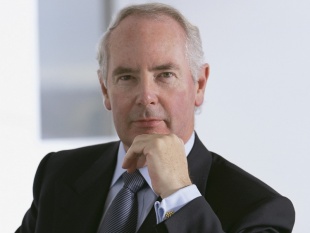 COVENTRY Cathedral will be ringing to the sounds of singers and musicians at a special concert to raise money for the Royal Marines Charitable Trust Fund on Saturday.

The Band of Her Majesty’s Royal Marines and the Exeter Festival Chorus will be joined by Coventry-based The Saint Michael’s Singers to perform Eternal Voices, and Sir Peter Rigby, Deputy Lieutenant of the West Midlands, will be among the audience to hear a performance of the show which raised over £23,000 at last year’s premier at Exeter Cathedral.

Eternal Voices tells the story of a Royal Marines family who lose their loved one in a conflict and the effect on his wife and their young son.

The music honours the Fallen, their families and friends, serving personnel and those struggling to recover from mental and physical injuries sustained while serving their country.

The programme will also include a range of other military and patriotic pieces and Andy Knowles, from BBC Midlands Today, will act as compere.

Said Sir Peter, chair and chief executive of Specialist Computer Holdings (SCH plc) and owner of Coventry Airport: “This promises to be a memorable evening of wonderful music and singing while raising money for a worthy cause.

“The Royal Marines Charitable Trust Fund has set itself a challenge of raising £6 million by 2014 which is the 350th anniversary of the Royal Marines.

“Their important work is varied and far-reaching and involves helping the wounded and injured with their transition into civilian life as well as financing memorials and funding homecoming events.

“This evocative programme will send a shiver down your spine and I would urge anyone who doesn’t already have any plans for Saturday night to come along and support this fantastic charity, with all proceeds from the evening will be given to the Royal Marines Charitable Trust Fund.”

Tickets priced at £20 each (concessions are available) can be bought from Coventry Cathedral’s box office on 024 7652 1210 (plus a £1 handling charge) or from Visitor Centre Welcome Desk inside the Cathedral for the event on October 15 at 7.30pm.