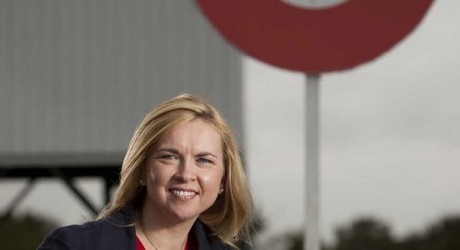 HAMILTON Park Racecourse is celebrating after sealing a return to Lanarkshire for the famous and hugely popular Saints & Sinners Night.

The high-profile charity meeting was held at Hamilton Park for 42 consecutive years and built up a huge following until 2007 when it moved to Ayr Racecourse where it has been staged for the last four summers (2008-2011).

Now, following talks between organisers the Saints & Sinners Club of Scotland charity and Hamilton Park management, the fixture will return to the Central Belt next summer and be re-established as a social centrepiece of the Lanarkshire venue’s season.

The glamorous summer fixture, which attracts celebrity support and attendance from all walks of Scottish life, regularly raises a significant sum which goes towards around 100 causes supported by the charity.

Among its beneficiaries in the past have been the St. Andrew’s Hospice, the Dementia Services Development Trust and Maggie’s Cancer Caring Centres.

Saints & Sinners Club of Scotland racing convener, Philip Martin, said: “We are absolutely thrilled to be returning to Hamilton Park next summer.

“On behalf of the Saints & Sinners Club of Scotland, I’d like to express my sincere thanks and gratitude to everyone at Ayr Racecourse for being such warm hosts for the past four years.

“However, as a committee we see a real geographical advantage in the fixture being staged in Hamilton and much closer to the population and corporate bases of Glasgow and Edinburgh.

“We look forward to working with the management team at Hamilton Park to ensure the 2012 fixture is a huge success.”

It is expected that the fixture will be staged on the evening of Thursday, 28 June, when Hamilton Park’s 2012 calendar of fixtures is confirmed later this year.

Hamilton Park chief executive Vivien Kyles said: “We are delighted to welcome the Saints & Sinners fixture back home to Hamilton.

“On a personal level, I am really excited as its departure to Ayr occurred just prior to my arrival at Hamilton Park so I’m looking forward to working with the team here on an event I’ve heard so many good things about.

“But the most important element of this is the charity and helping the Saints & Sinners Club of Scotland raise as much money as possible to so many great causes.

“By returning to the central belt and by strong partnership working, we will strive to deliver an event which achieves just that.”