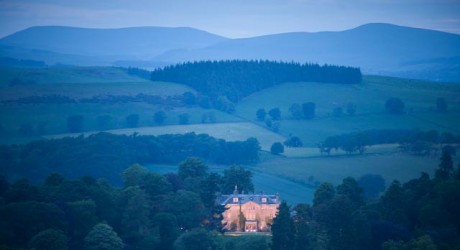 HEALTH care practices across Scotland could receive a boost following Scottish independence, according to the chair of a leading alcohol and drug rehabilitation clinic.

“If Scotland becomes independent Scottish health care practices could see an influx of English patients who currently have to endure ‘undue delay’ in the English NHS.”

Adds Peter McCann, chair of Castle Craig, one of Scotland’s leading alcohol and drug rehabilitation clinics: “We have treated many patients from the Dutch health care system and we would expect many new patients from England, Wales and Northern Ireland following the referendum. I was pleased to see that the EU Directive was supported by the SNP.”

He added: “Scotland could benefit from the deficiencies in the English NHS and the increased demand could draw in medical expertise to supplement Scotland’s outstanding medical schools.”

Continues Keith Pollard of www.treatmentabroad.com: “As a citizen of a European Union state, you have a right to seek treatment in other European states and for the cost of this treatment to be reimbursed by the NHS.”

Pollard also points out that “there are very few UK or EU citizens who understand what their rights are to treatment elsewhere within the EU”.

The spokesperson goes on to say: “The EU Directive was adopted in March 2011 and it is due to be fully implemented, in all 27 EU member states, by October 2013.

“Scotland’s proximity to England, as well as the common language, is another factor that may persuade English patients to consider coming north rather than flying to France or Spain.”

Thousands of people from all over the UK, Europe and the world have turned to Castle Craig for quality treatment, extensive services and therapies and dedicated family support. 2013 will be Castle Craig’s 25th anniversary.

MEDIA RELEASE posted by Castle Craig. You too can post media releases (aka press releases) on allmediascotland.com. For more information, email here.