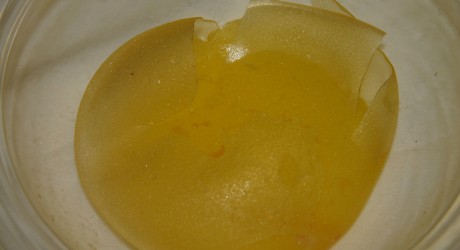 SPEAKING ahead of today’s (Tuesday) meeting with Health Secretary, Nicola Sturgeon, the Scottish victims of the PiP Implants scandal demanded answers and action on the issue, calling for the Cabinet Secretary to support calls for an independent, transparent and thorough public inquiry into the scandal.

Speaking ahead of the meeting, spokesperson for the campaign group, Trisha Devine, said:

“We welcome today’s meeting with Nicola Sturgeon and thank Jackie Baillie for the support she is giving us. All of us women are living an absolute nightmare. We just want someone to help us.

“Some of the women have found out that their implants have burst inside of them and others are anxious that the same might happen to them at any moment. It feels like we’ve got ticking timebombs inside of us.

“Let there be no doubt, we want answers and action from today’s meeting.

“We are not the first to experience a medical devices scandal, we must also remember the victims of defective hips that were allowed to get onto the market, but we want to make sure we are the last.

“We are Scottish citizens and we want our government to support us – not hide behind Westminster. Closed-door UK Government reviews are not enough, the least we are owed is a full, transparent and independent public inquiry.”

Their lawyer is partner at Thompsons Solicitors, Patrick McGuire. He urged the Cabinet Secretary to listen to the overwhelming case for a public inquiry. The firm have also set up a free advice line for the victims to find out their legal rights.

“The case for a Public Inquiry is clear and overwhelming. These women deserve the fullest action from their Scottish Government.

“This ranks among the most important public health scandals in recent times. Potentially dangerous implants were put into women who years down the line have found out that they essentially have ticking timebombs in their chests. Answers and justice is the least they deserve.

“The Scottish Government and Parliament have done good work in supporting the victims of health scandals in the past – C.difficile is an example. The victims of the PiP scandal are asking for support to be shown to them too.”

On the victims’ legal rights he said:

“The victims of the PiP scandal in Scotland have rights just like any other consumer.

“The victims bought these implants in good faith and now they are being asked by those they trusted to pay-up again to get peace of mind. It is simply wrong.

“As consumers they have clear legal rights to claim redress for the cost of removal and replacement of implants as well as the pain and suffering they have experienced.

“It is important that all victims of the PiP scandal seek legal advice to find out their rights.”